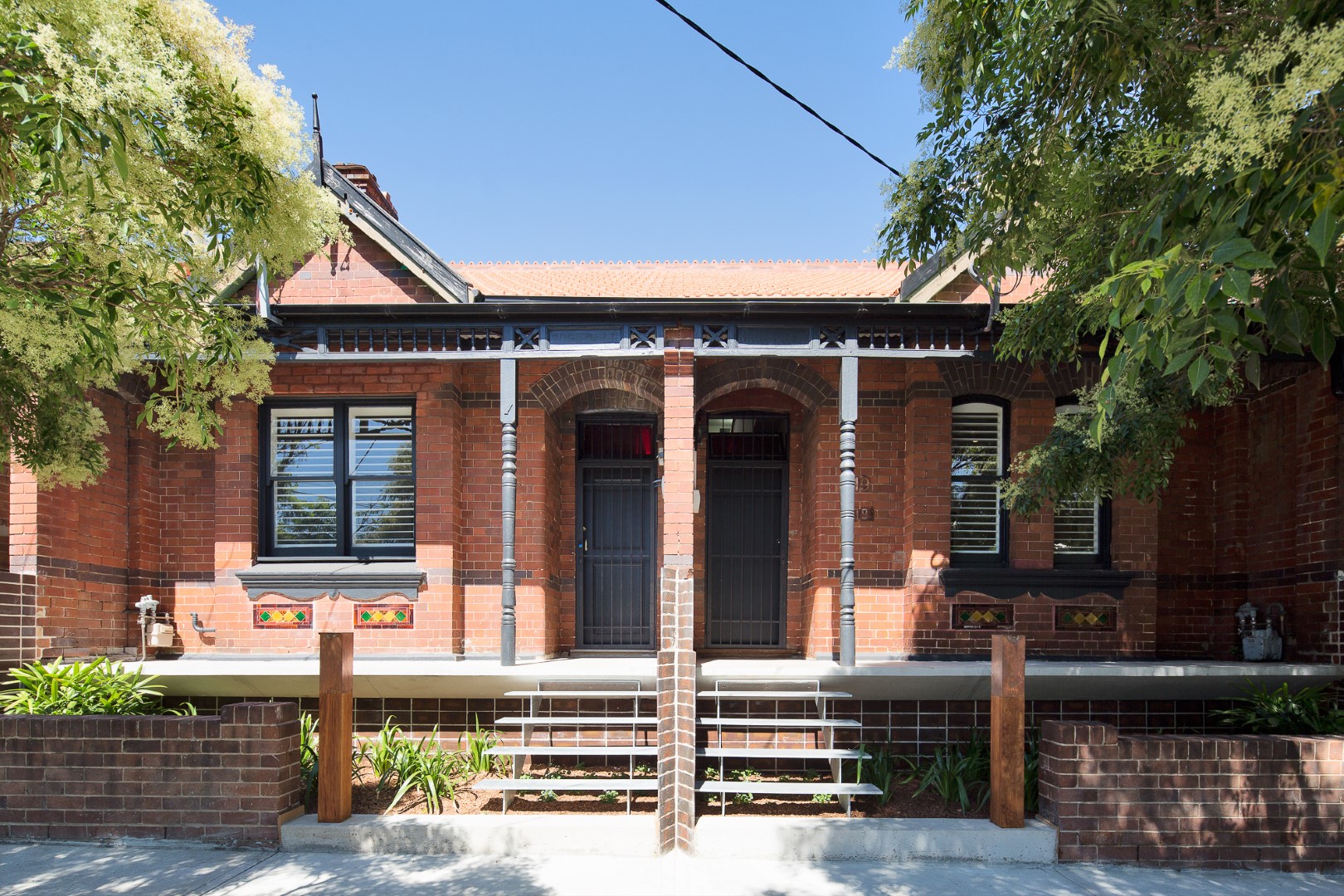 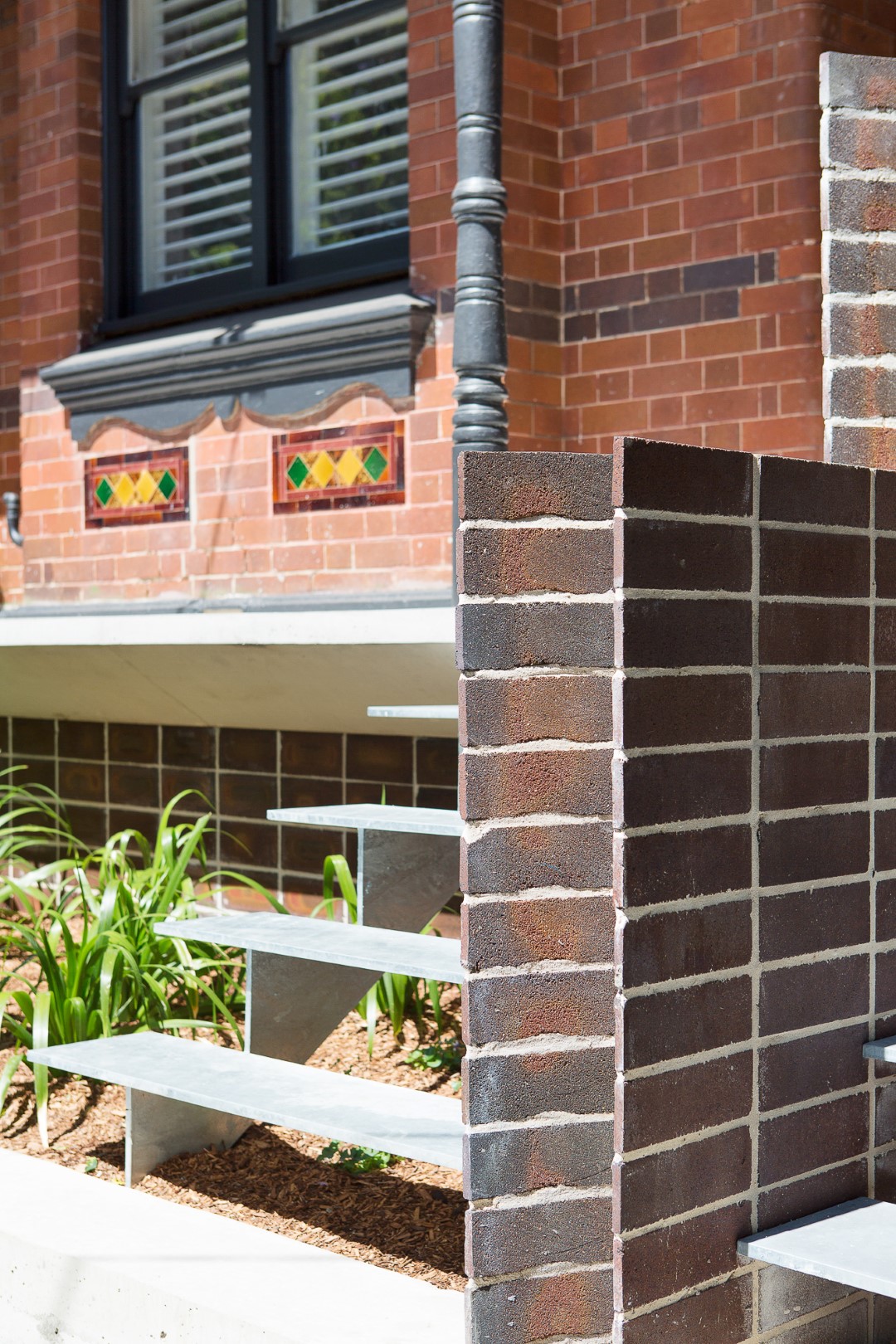 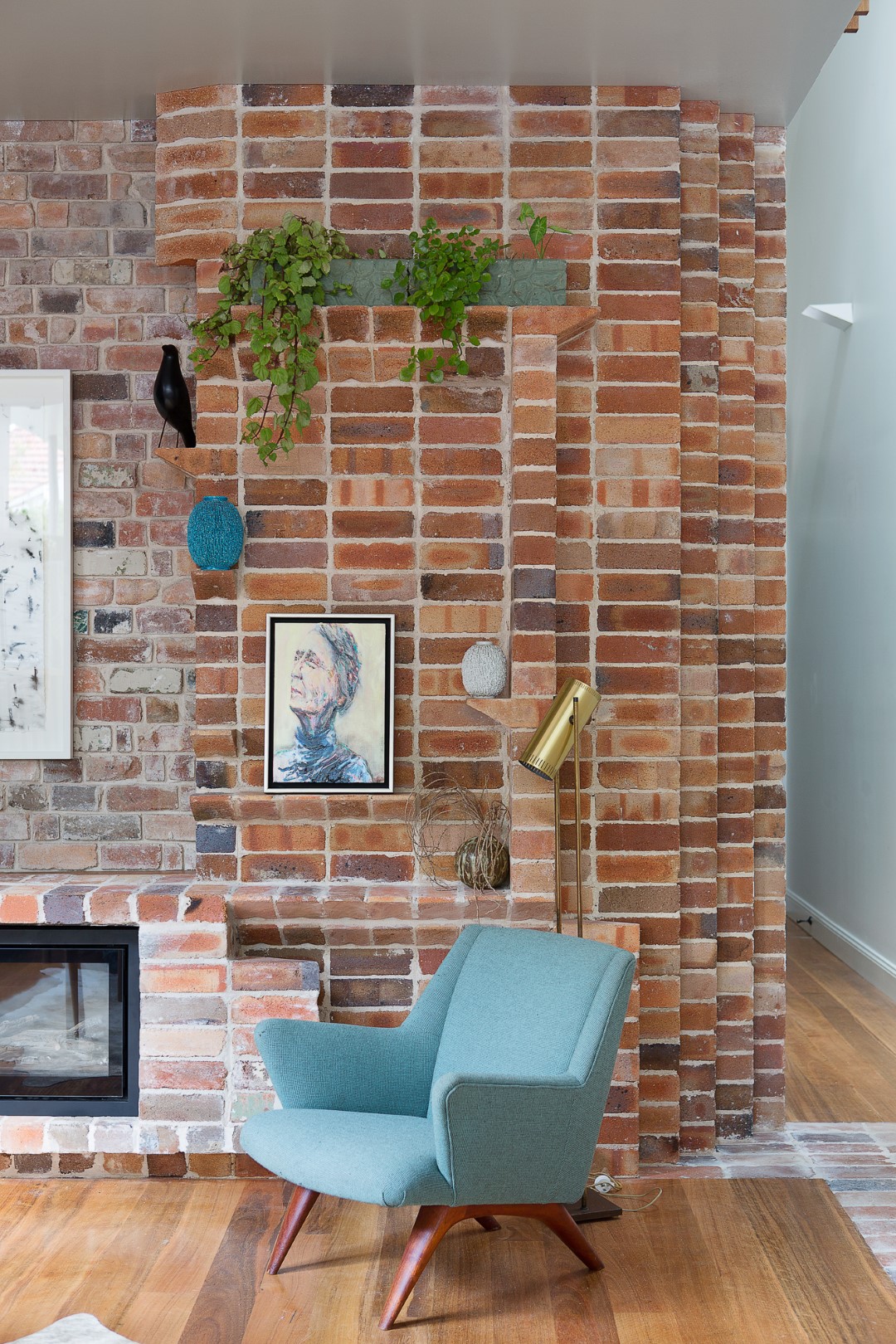 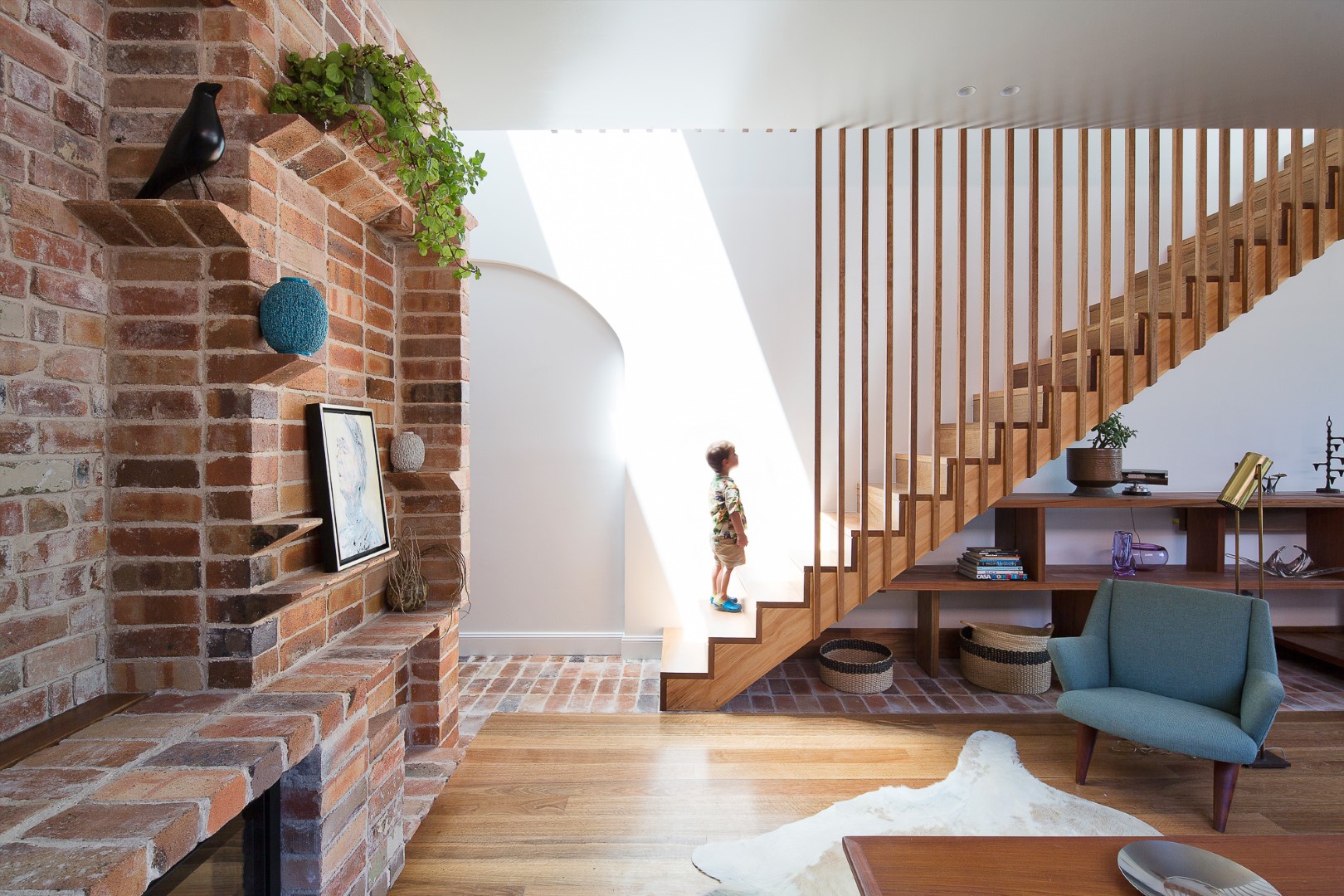 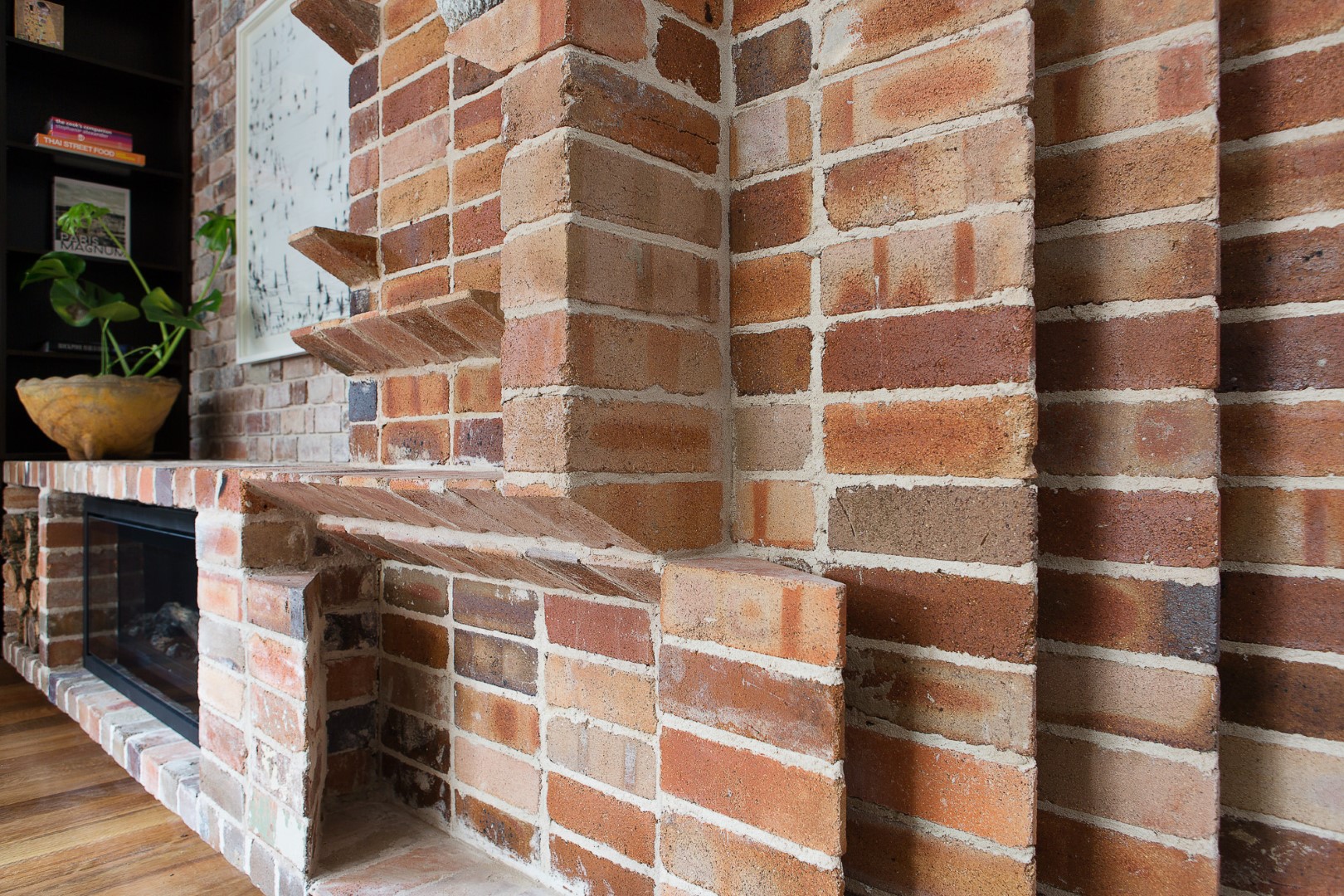 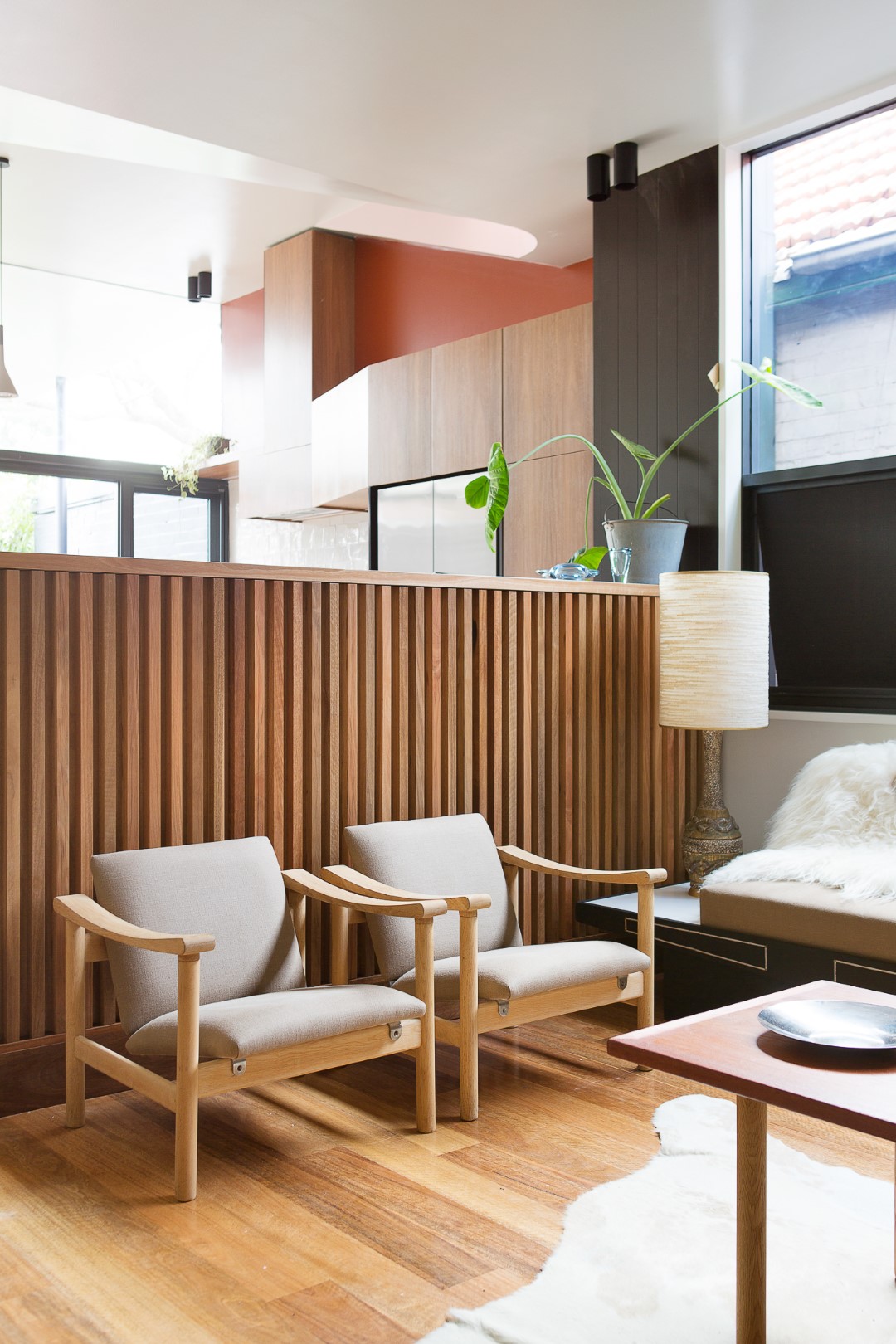 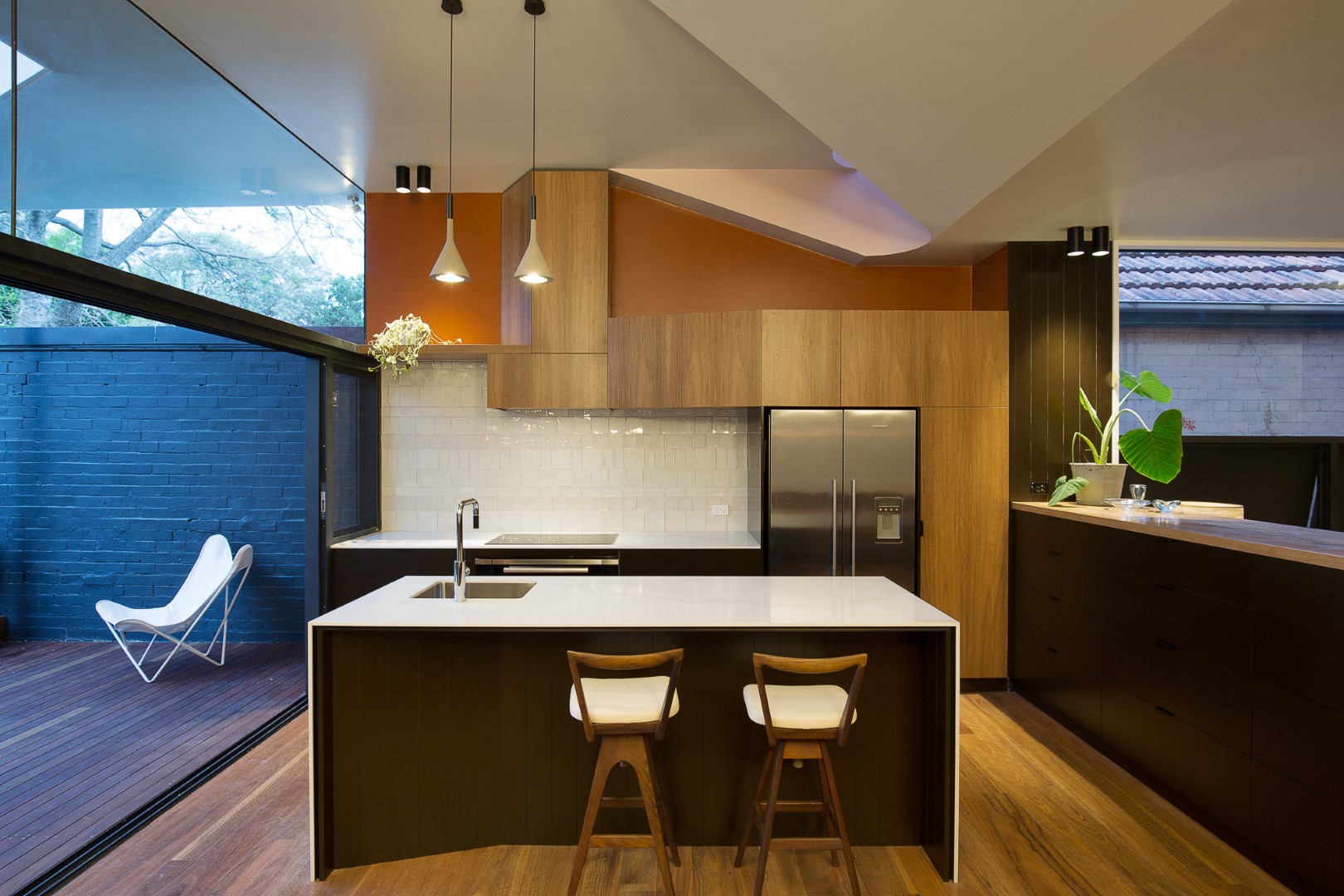 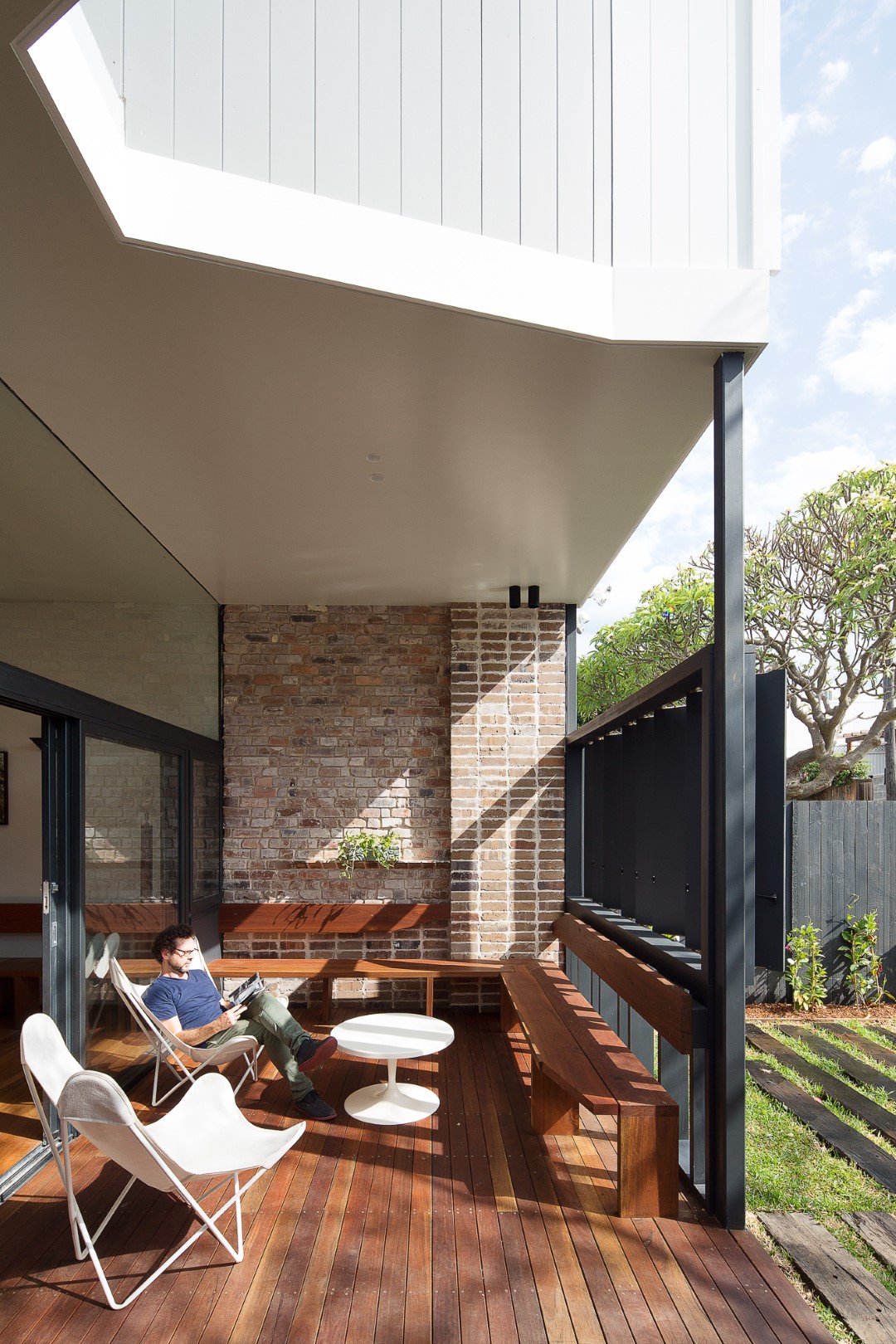 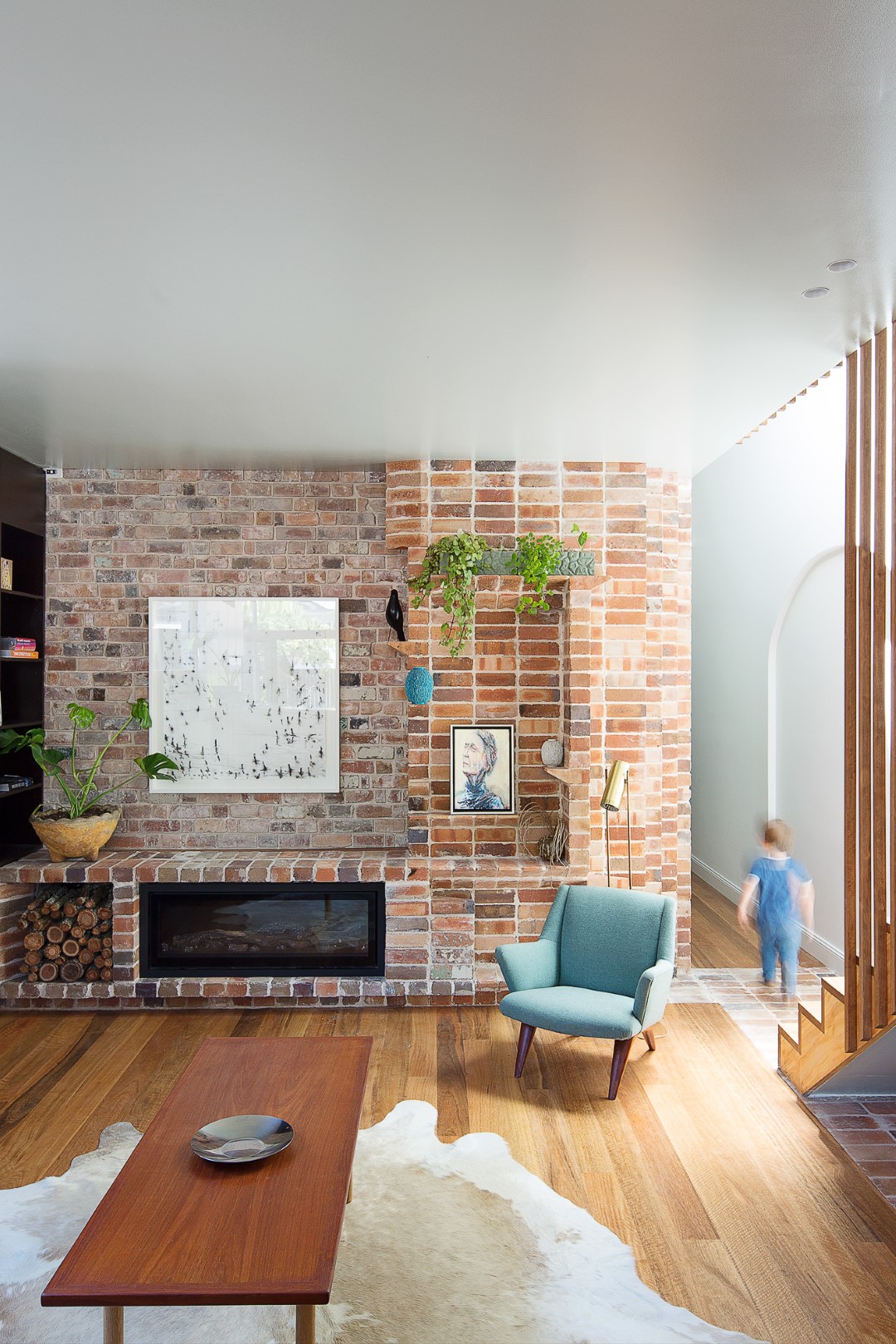 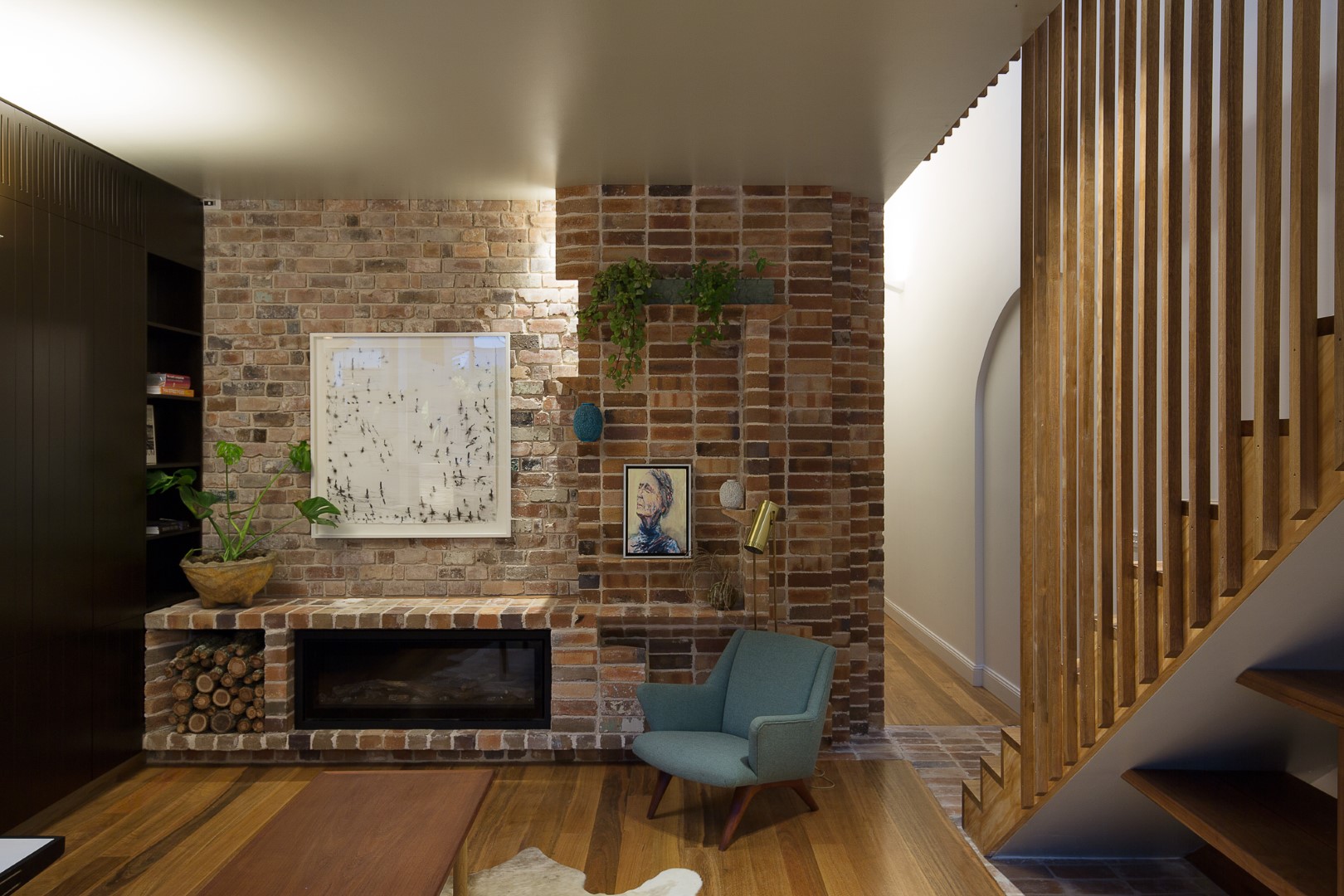 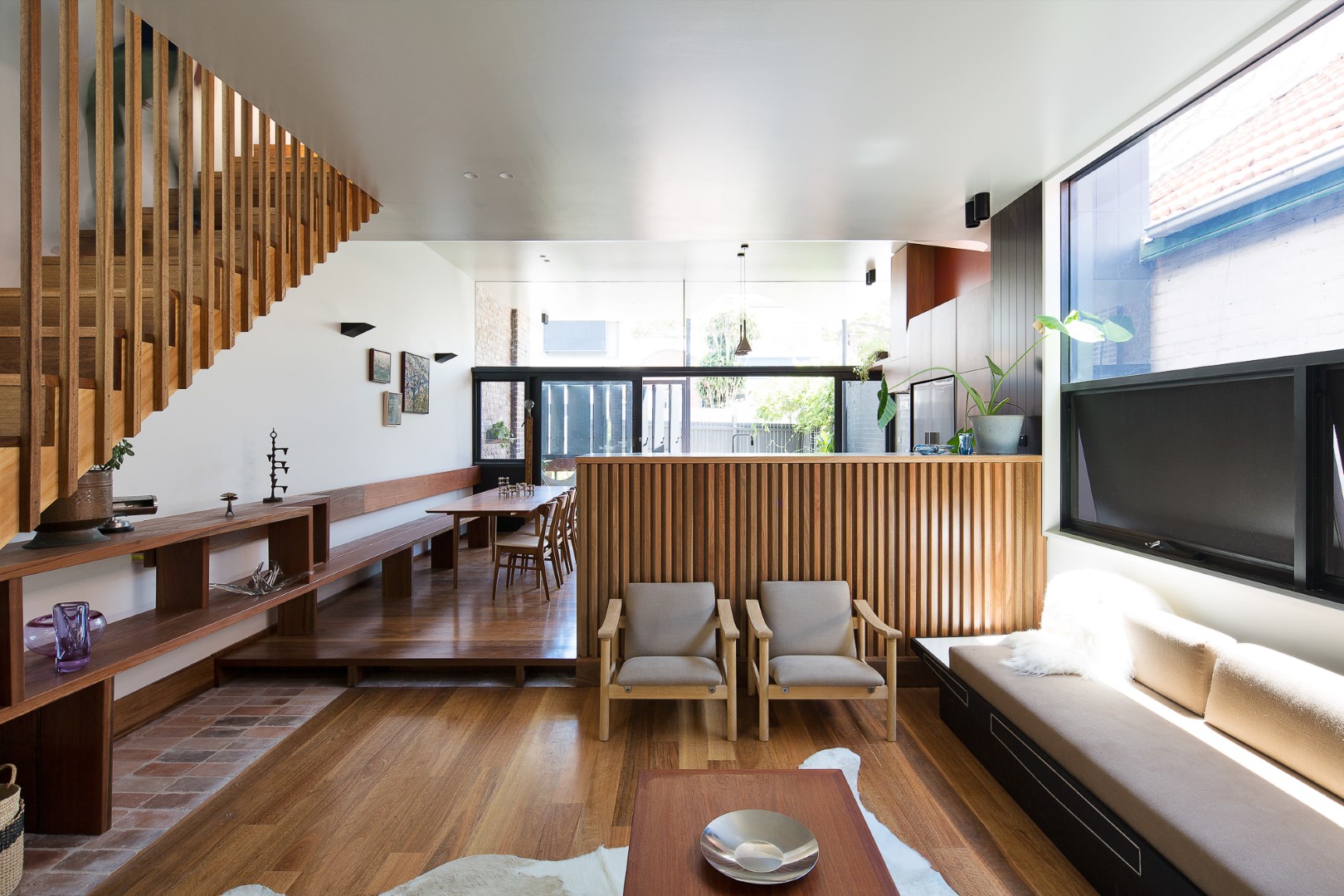 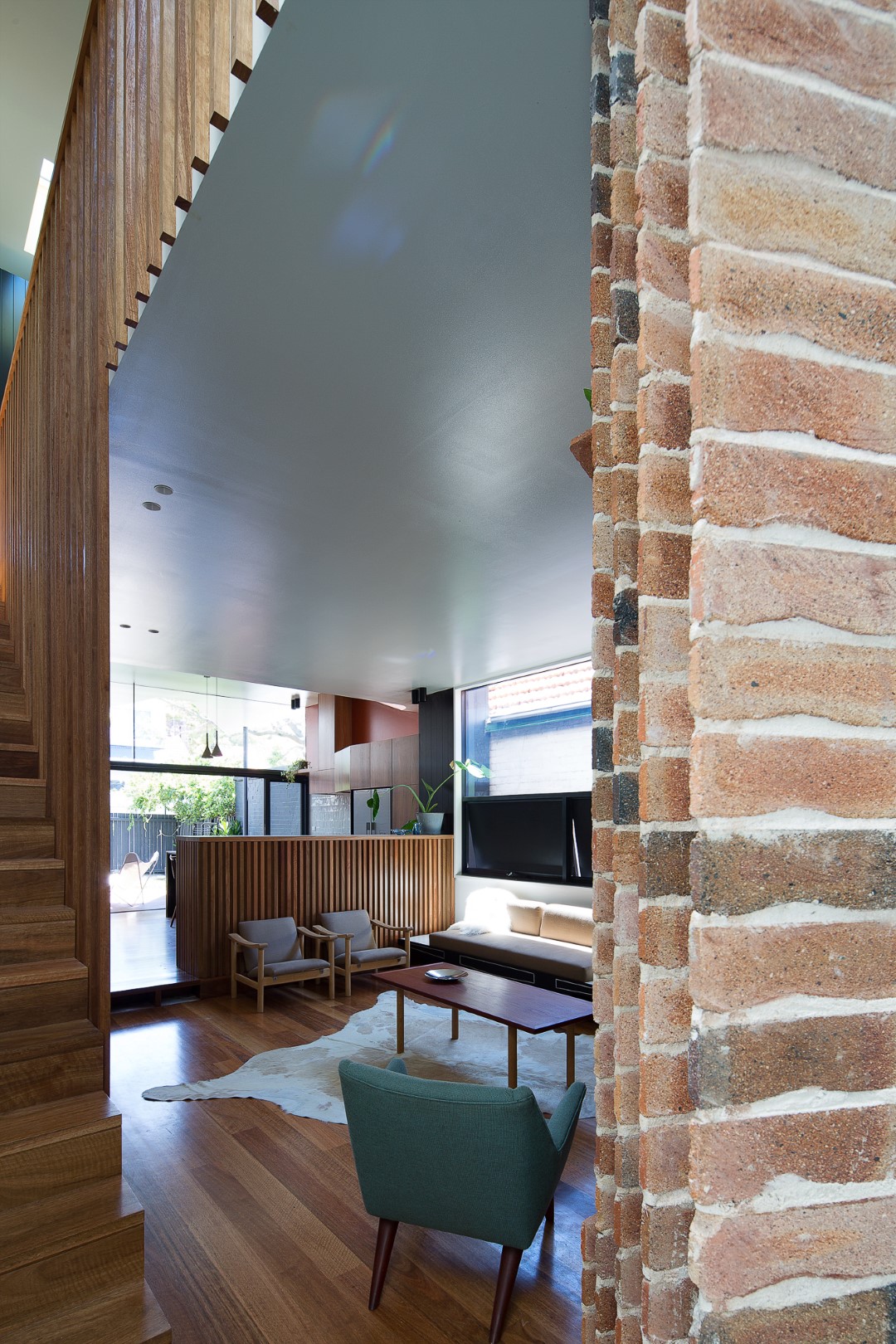 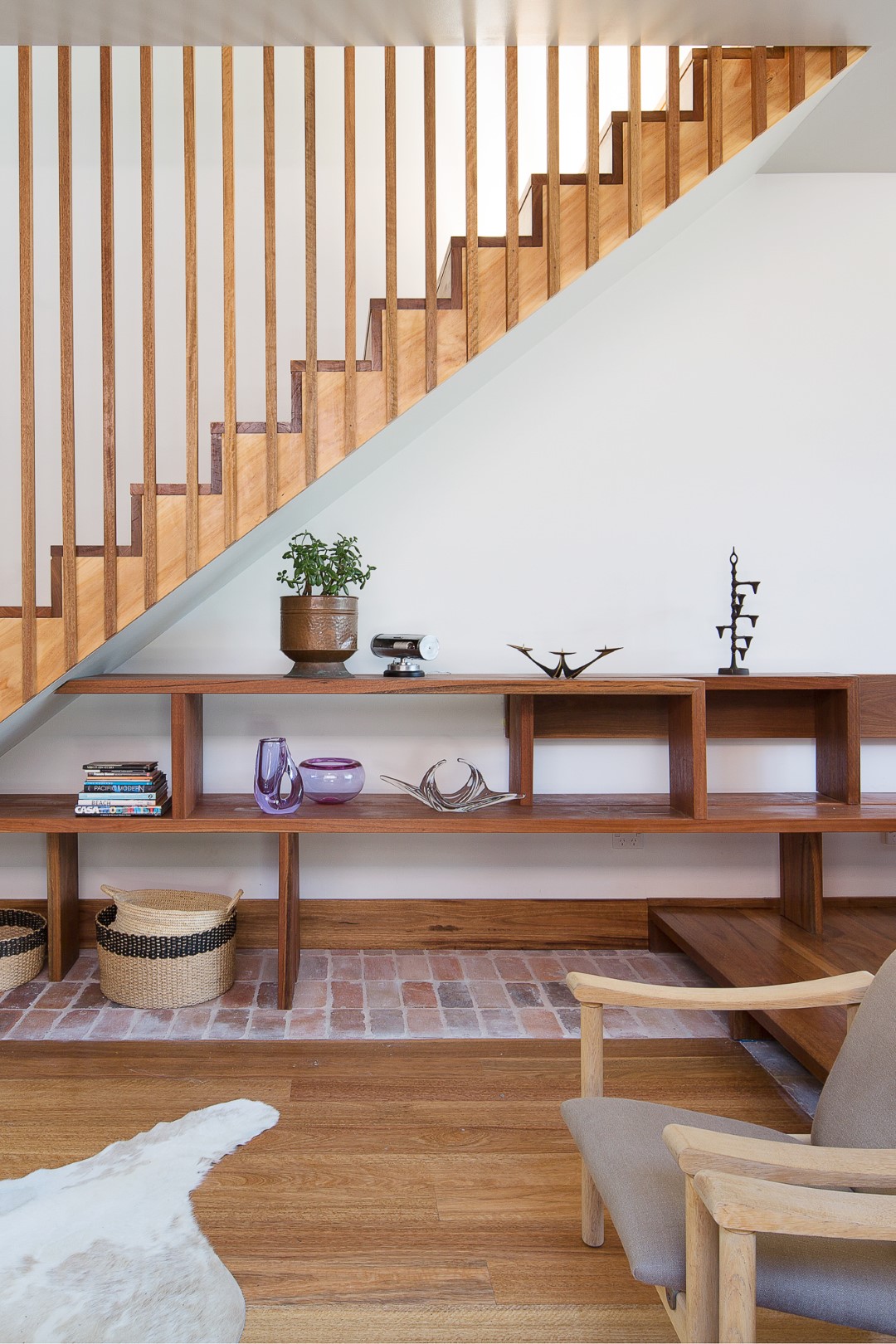 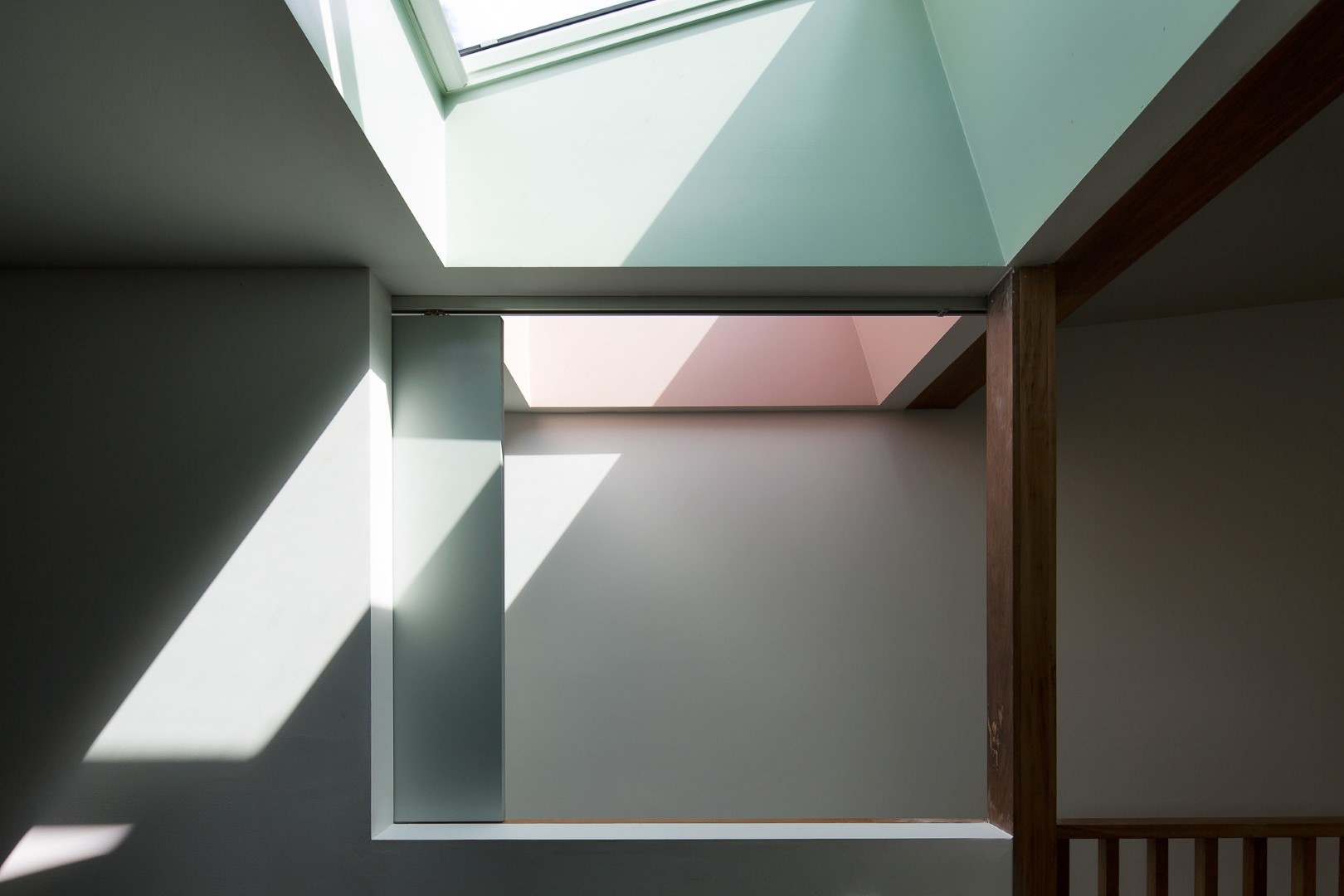 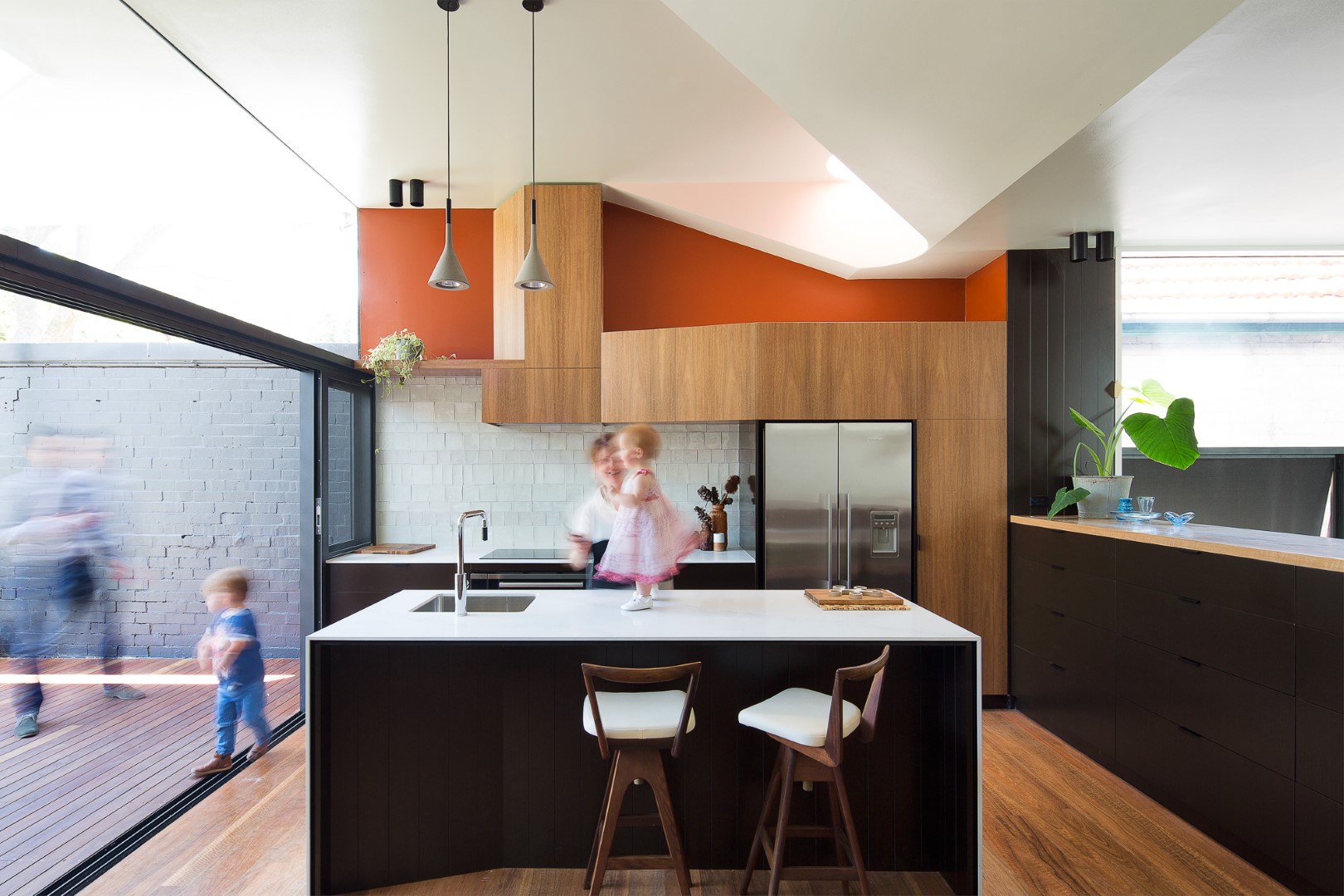 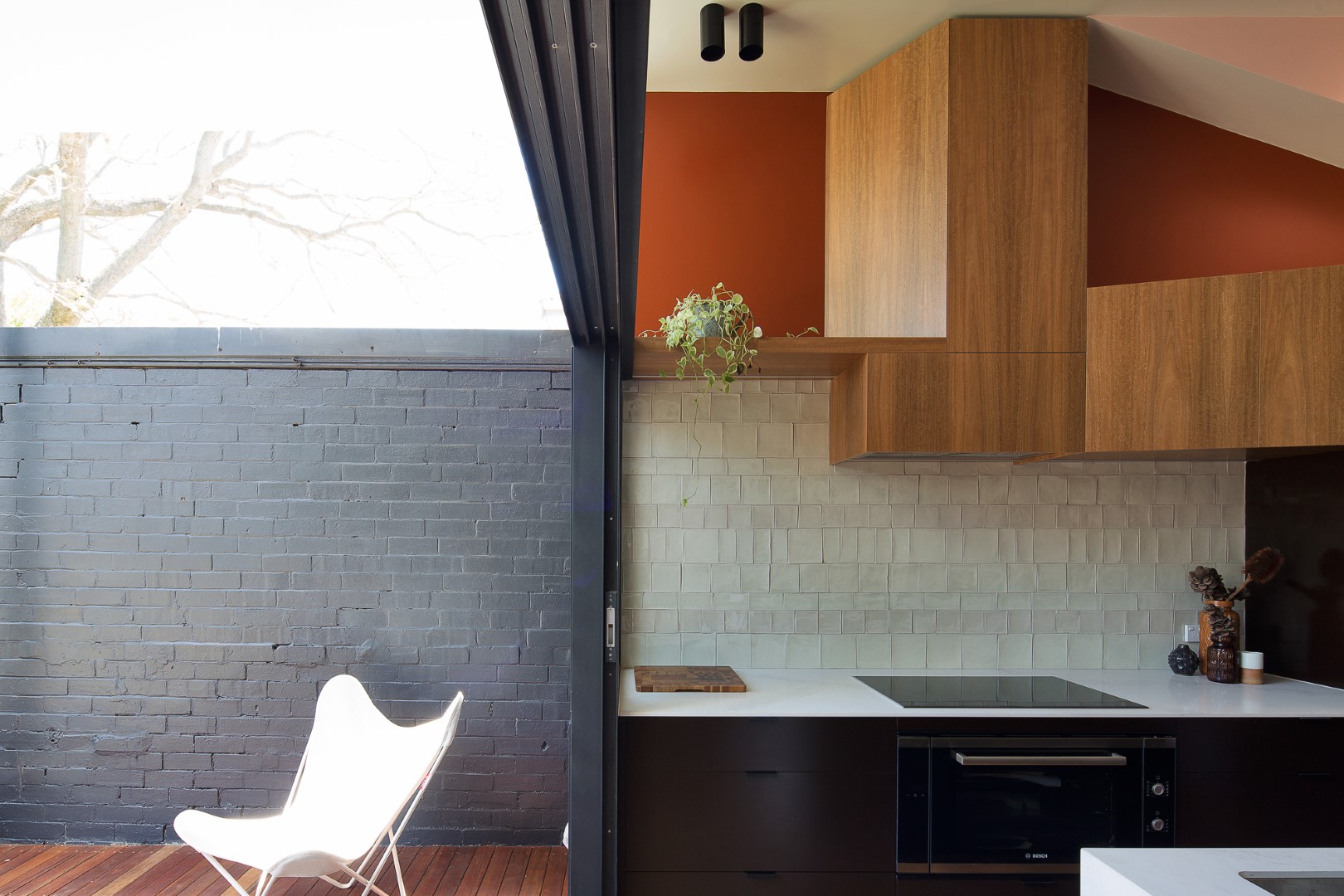 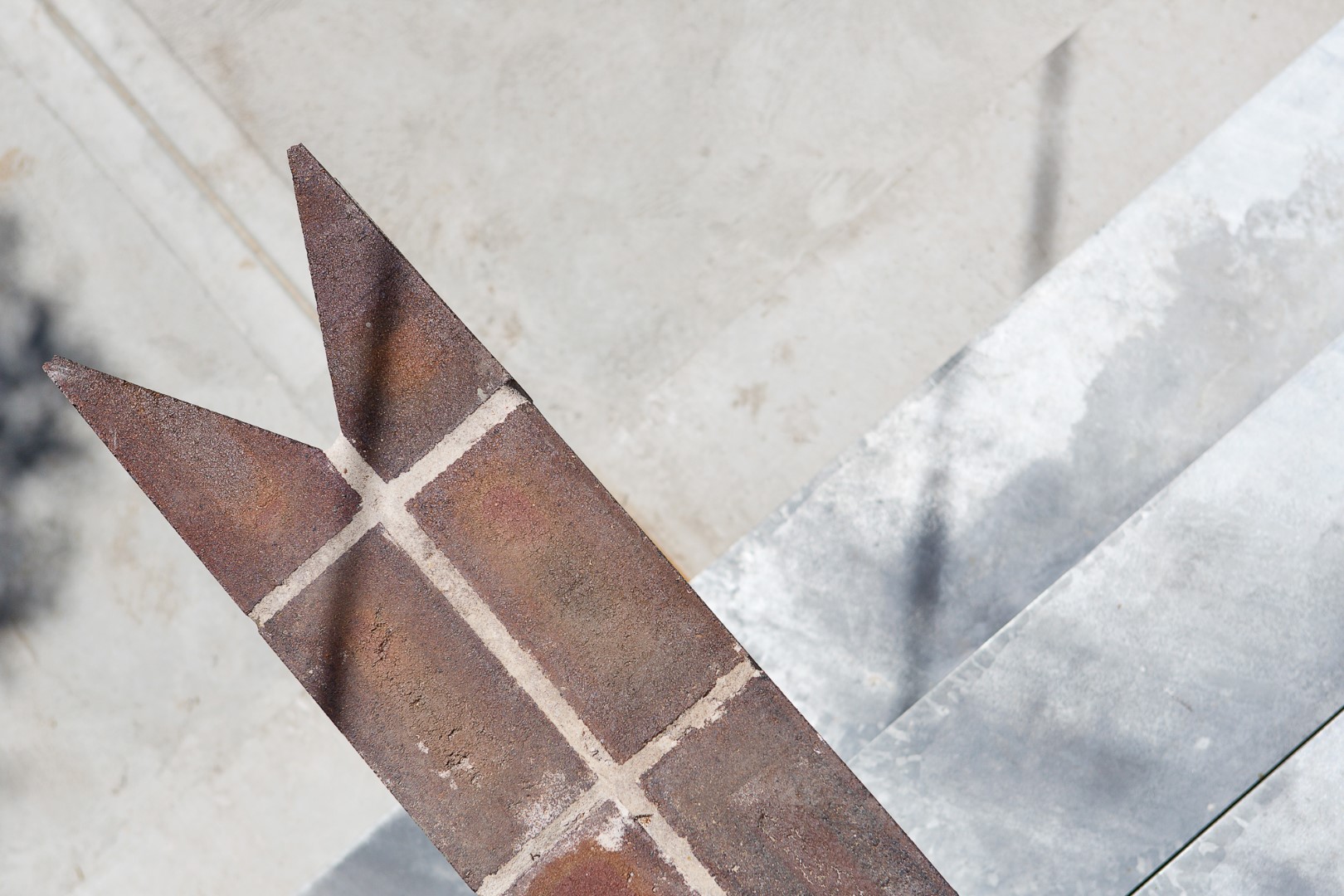 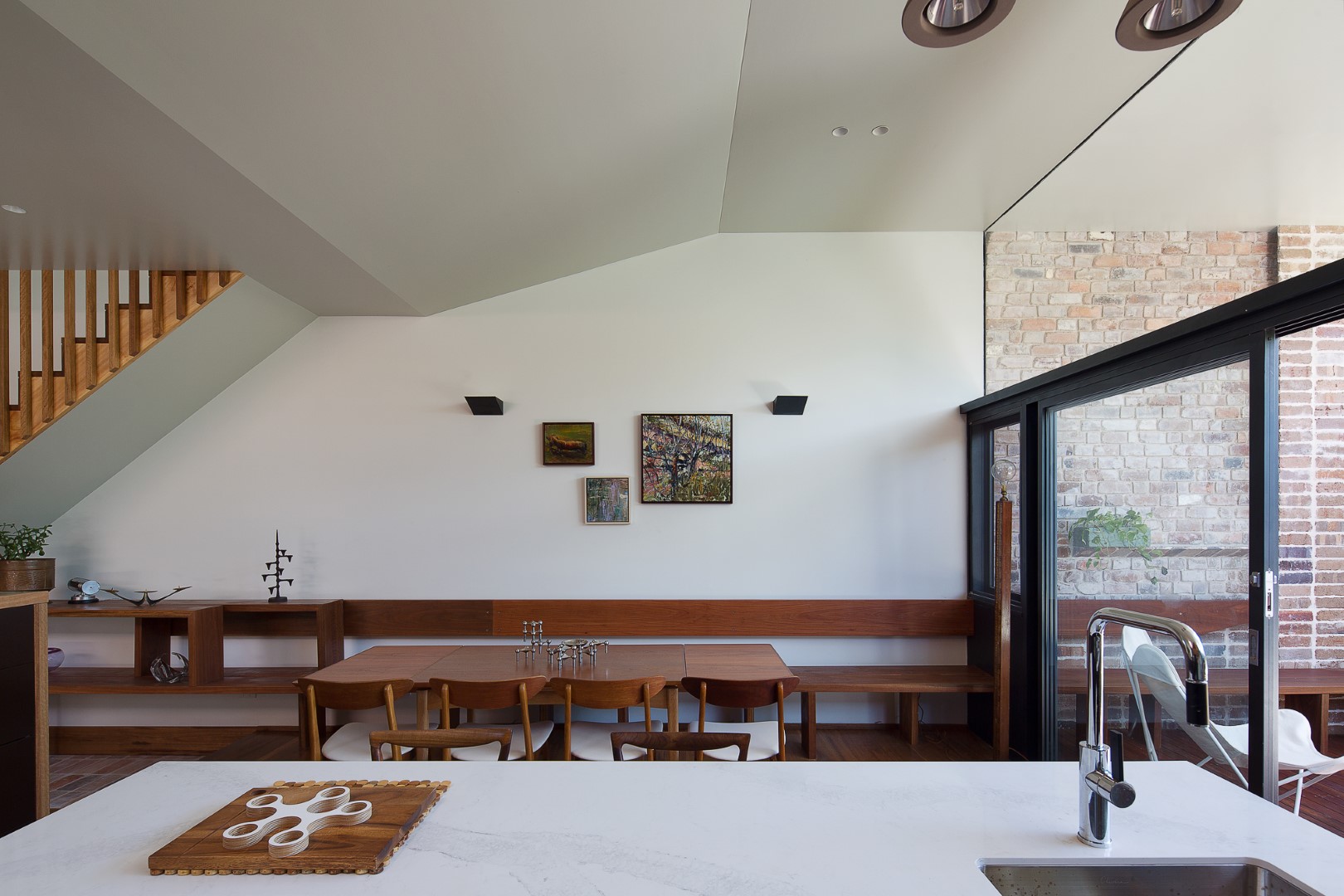 This project is a Torrens Title subdivision and complete refurbishment and extension of 2 Federation era semi detached houses in Camperdown in Sydney’s Inner West. Heritage constraints dictated that any new work be concealed behind the original façade.

A new upper level includes 3 new bedrooms and bathrooms and a generous linear void running the length of the common party wall; the ceiling follows the slope of the original roof line from the front door and extends to the rear of the building. This draws in light deep into the ground floor via a series of coloured skylights in the void and stair and acts to passively ventilate the house.

At its centre is a sculptural brick hearth and fireplace which has been expertly constructed from bricks salvaged from the demolished walls. The bricks were carefully graded and have been cut to create an intricate assemblage of fluted, corbelled, projecting and chamfered brickwork as the backdrop to the living room and the spiritual centre of the house.

A series of joinery units and changes in floor surfaces and levels partially define a series of open plan living spaces. The combined kitchen and dining area opens to a partly covered deck with a built in seat extending back into the living room providing storage and display shelves under the stair. The brick party wall again uses salvaged bricks in a decorative way with projecting bricks acting as casual shelves and a series of operable shutters provides partial screening of the parking space, sun protection and spatial enclosure to the covered outdoor space.

The front façade was carefully retained and necessary reconstruction work was undertaken within a contemporary idiom with sensitivity to the original building fabric and the heritage conservation streetscape.