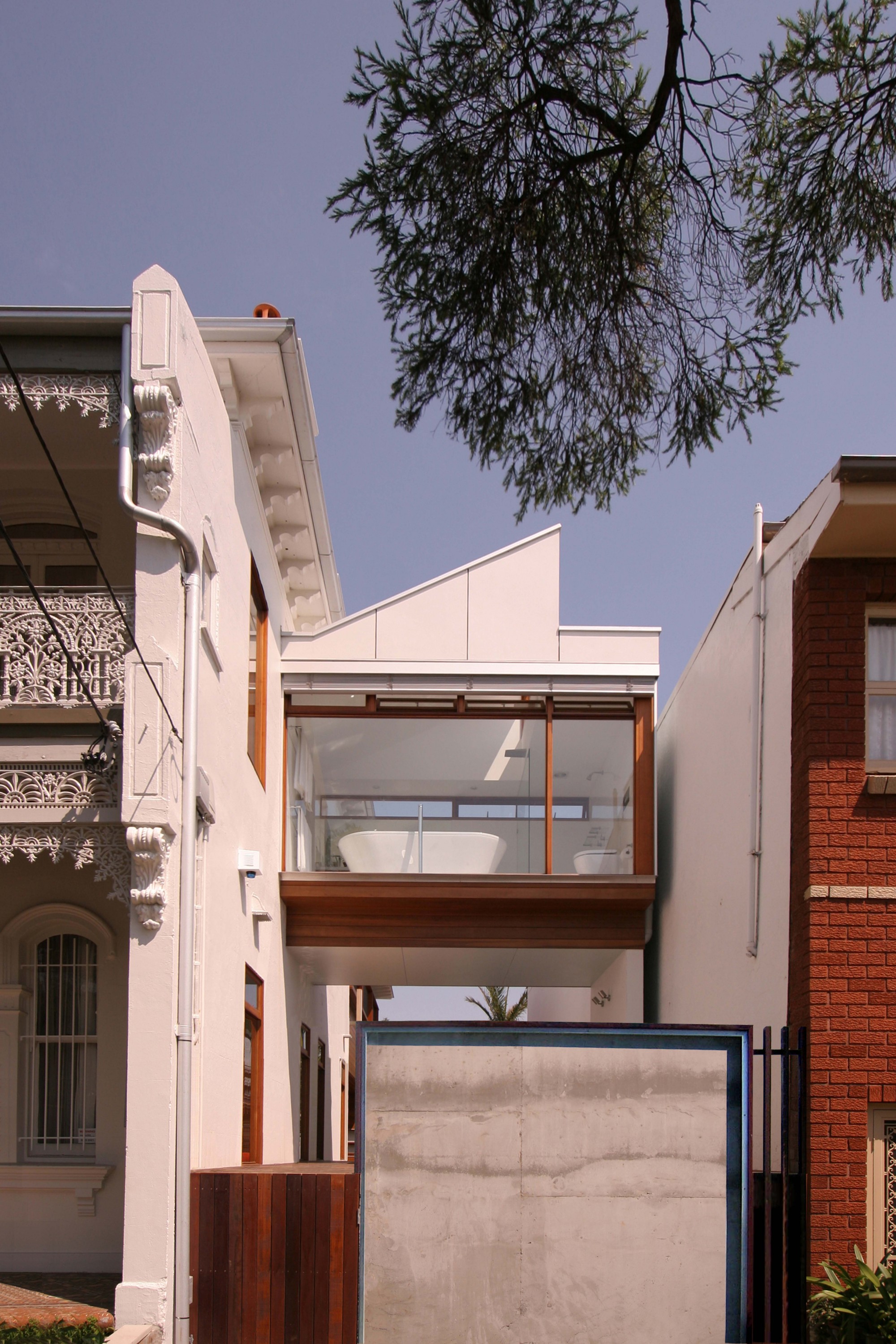 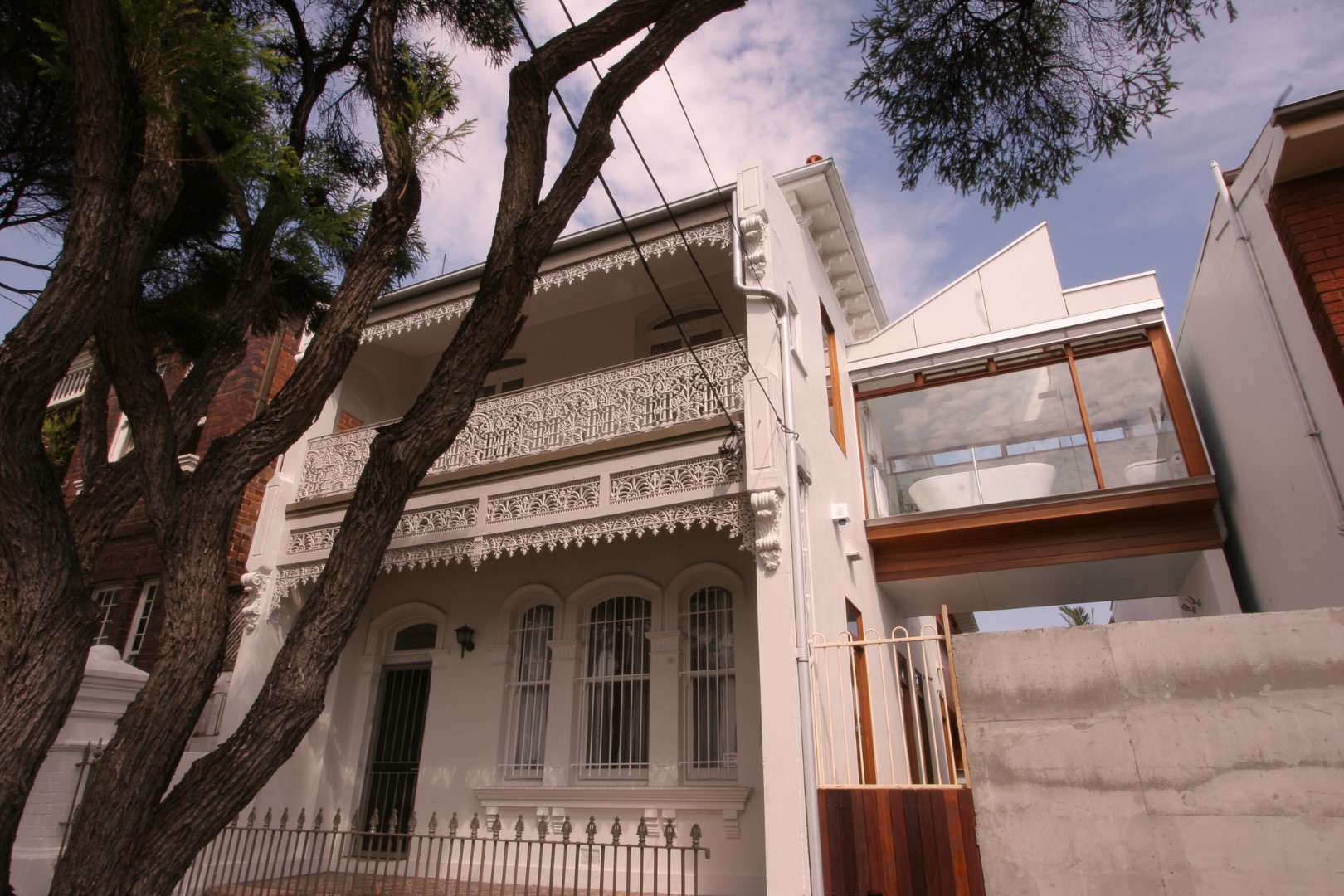 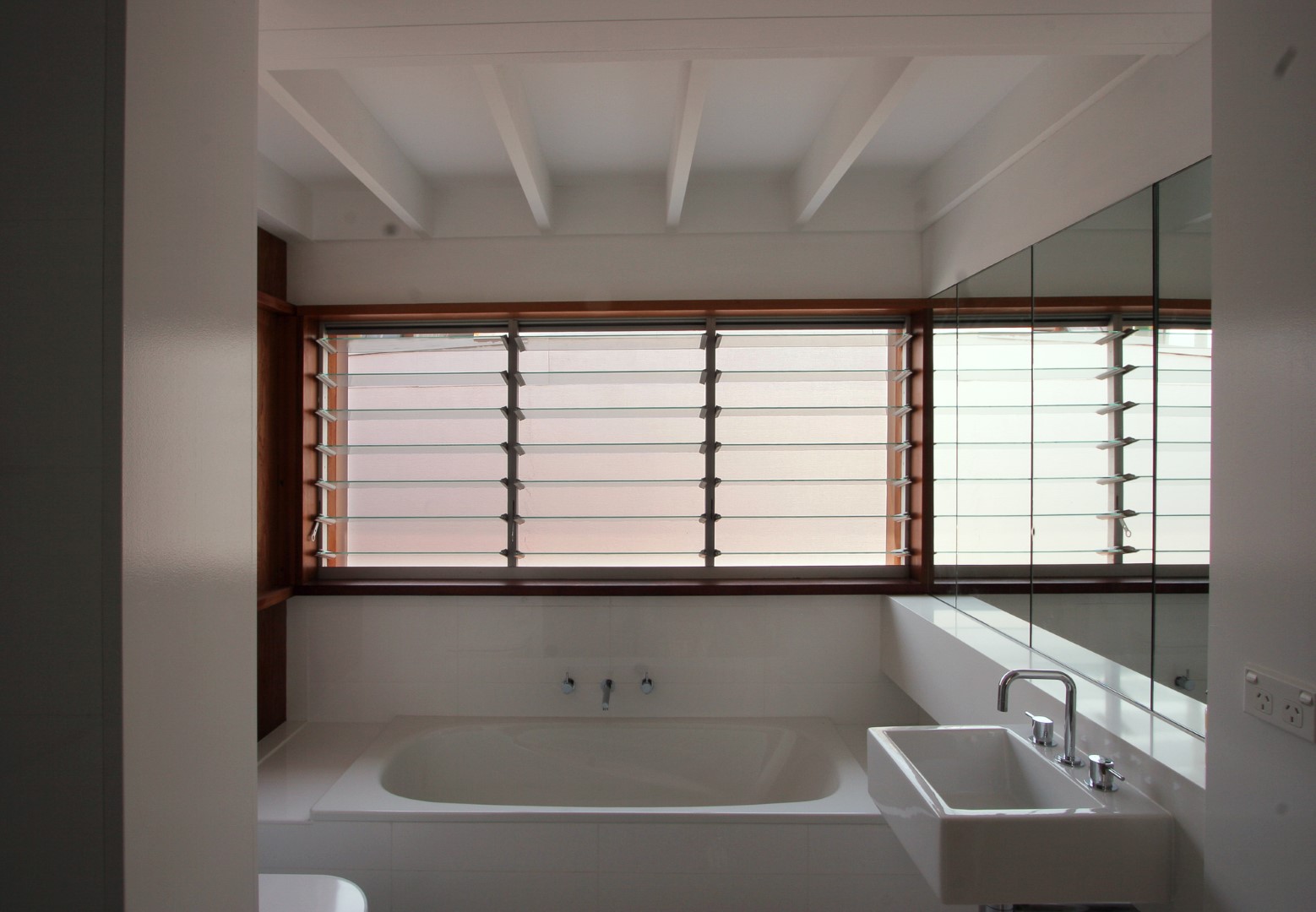 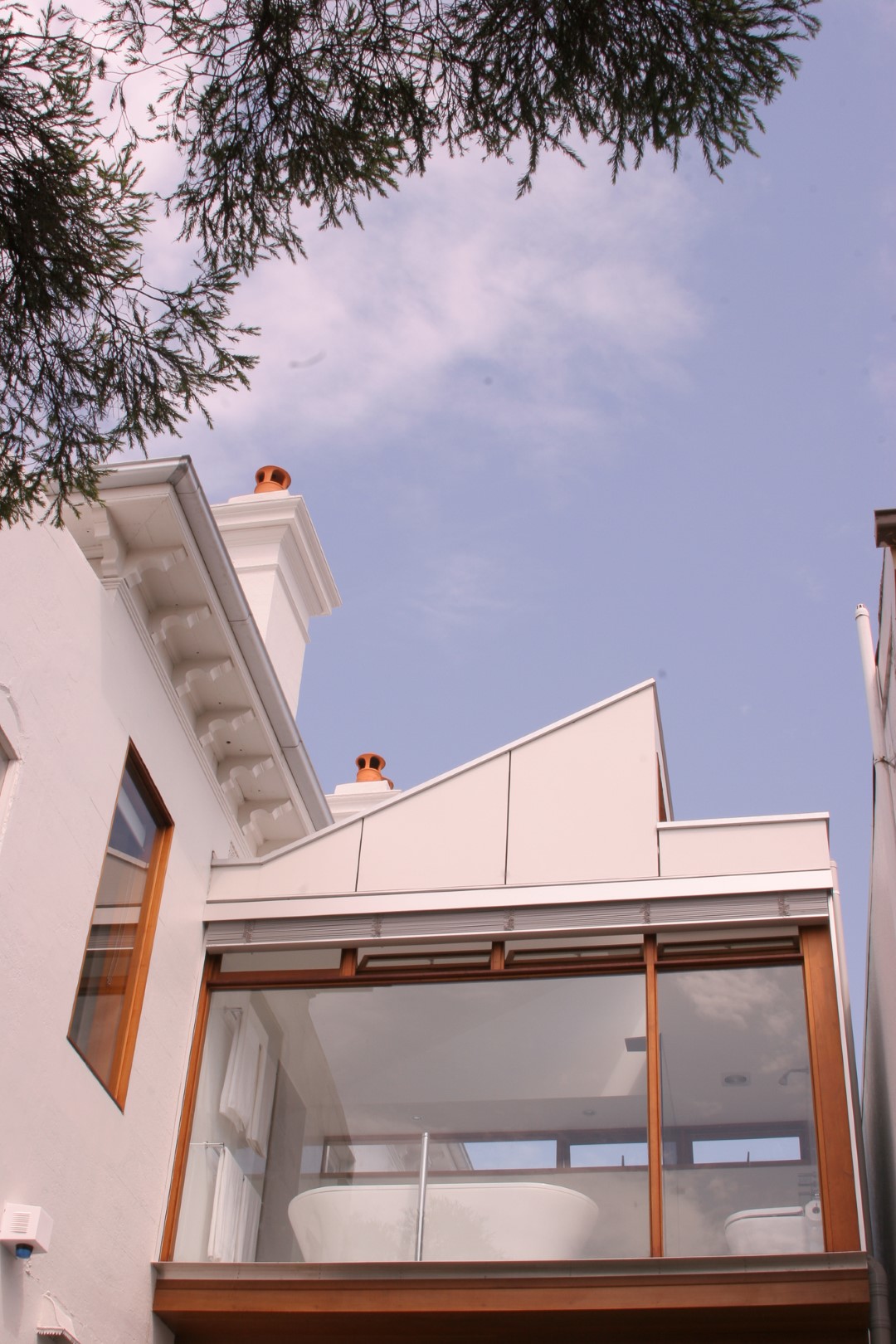 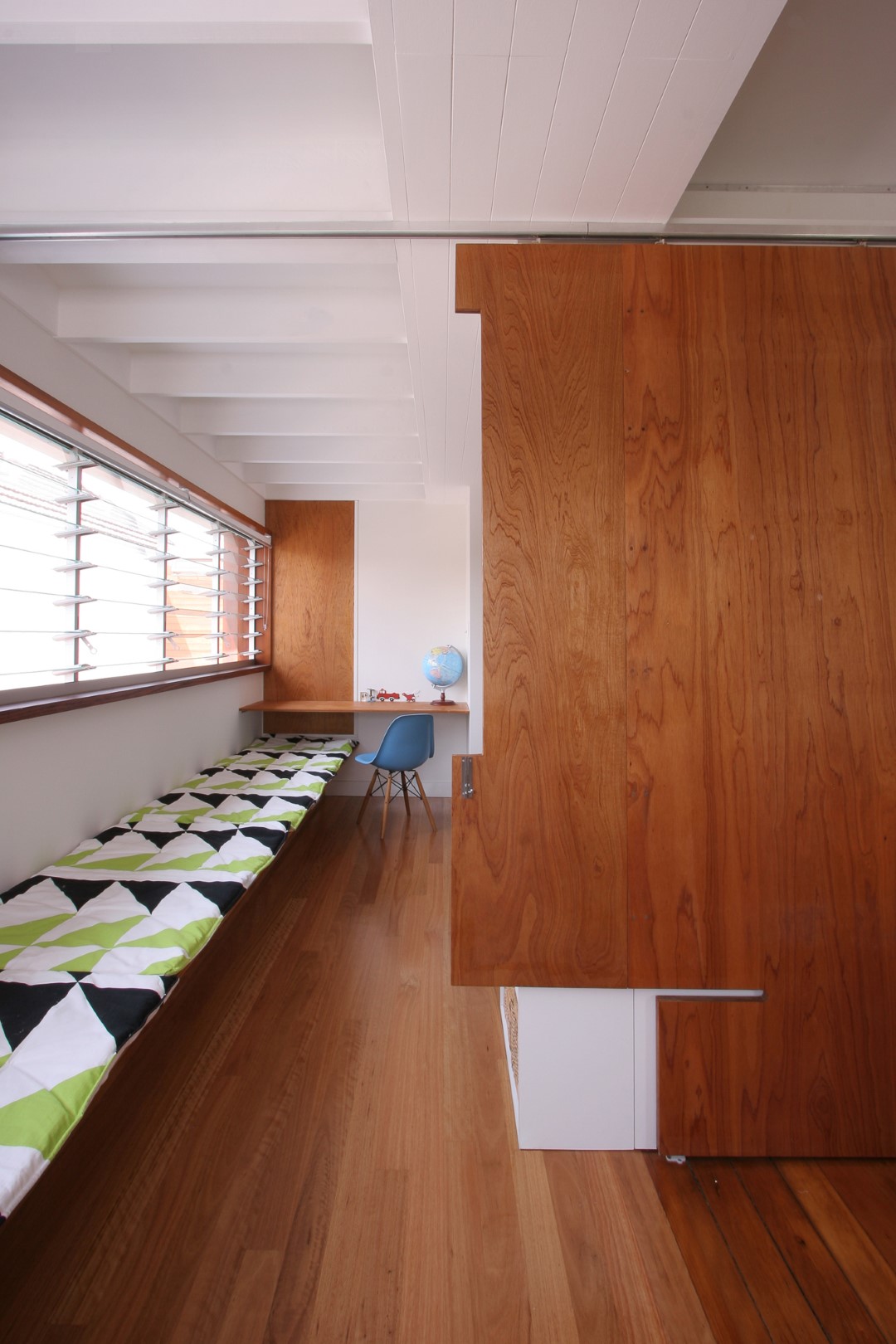 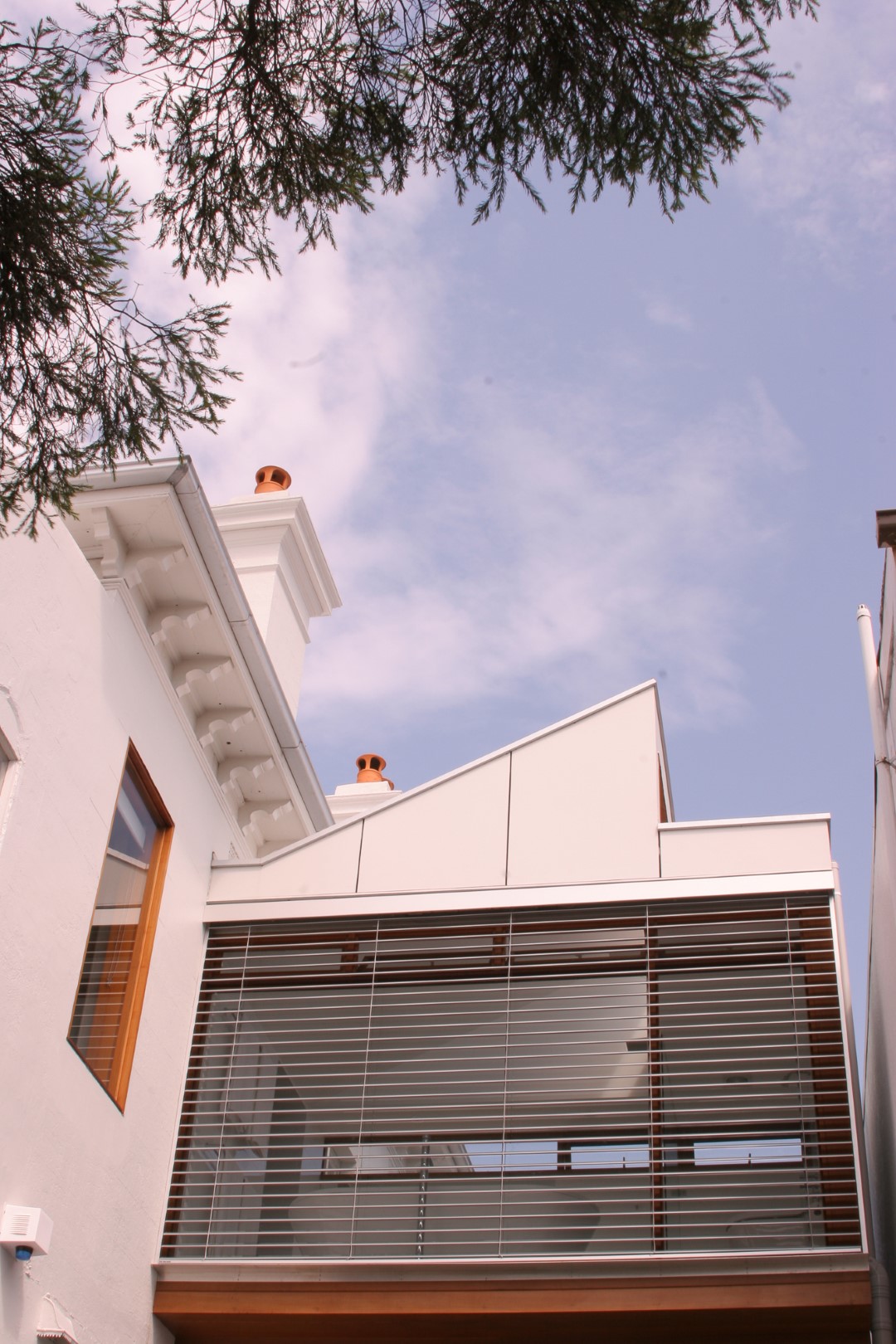 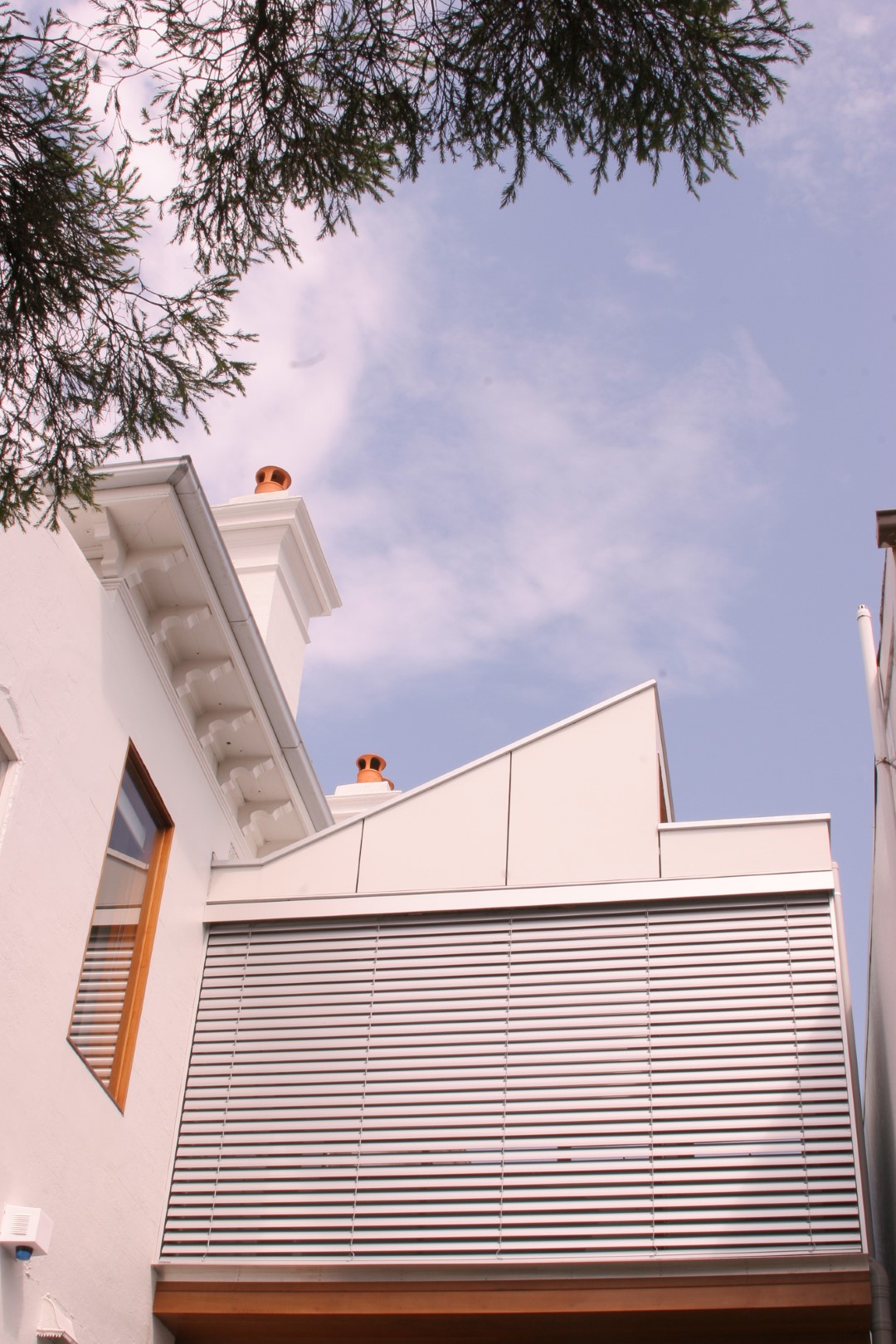 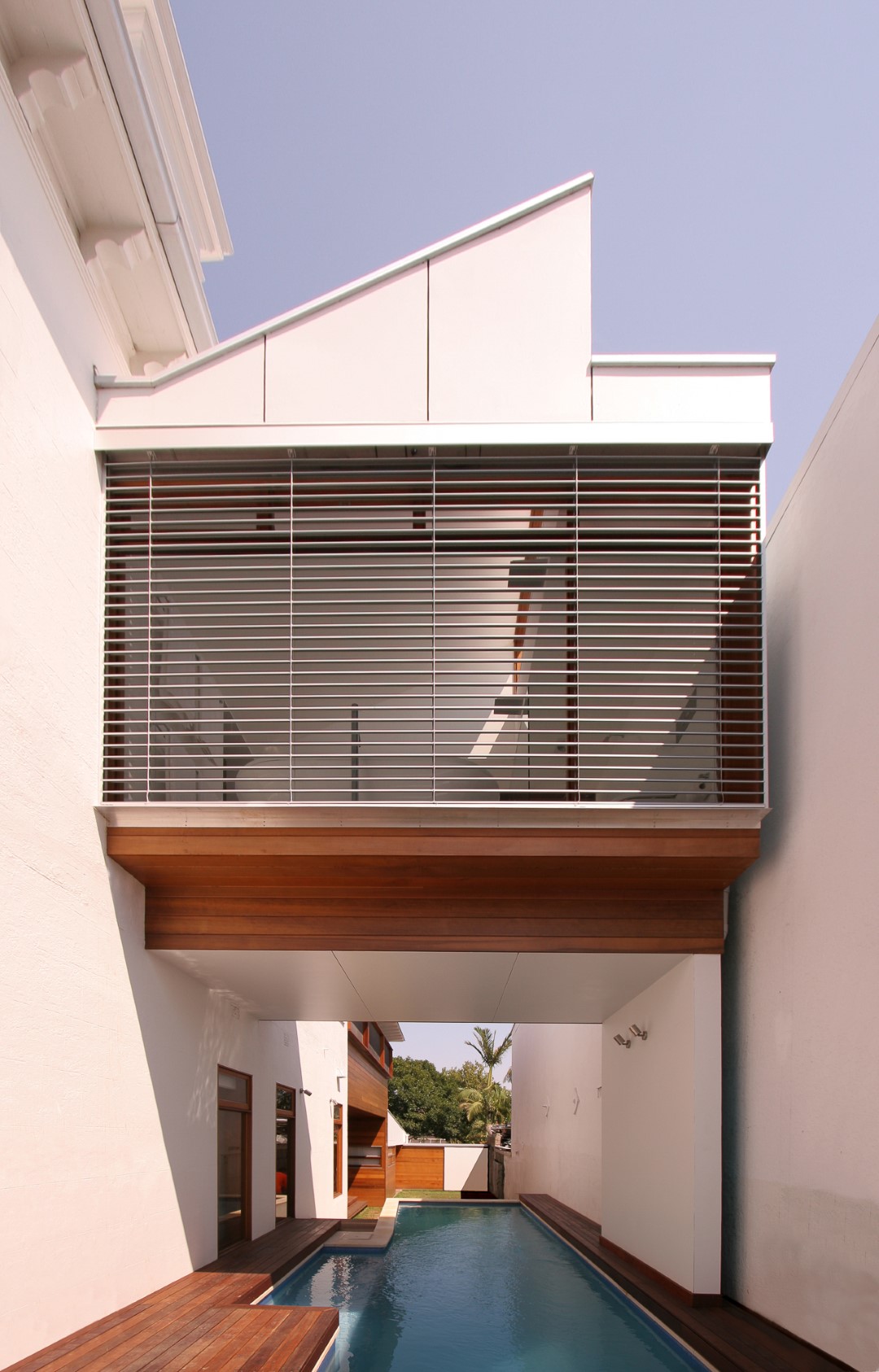 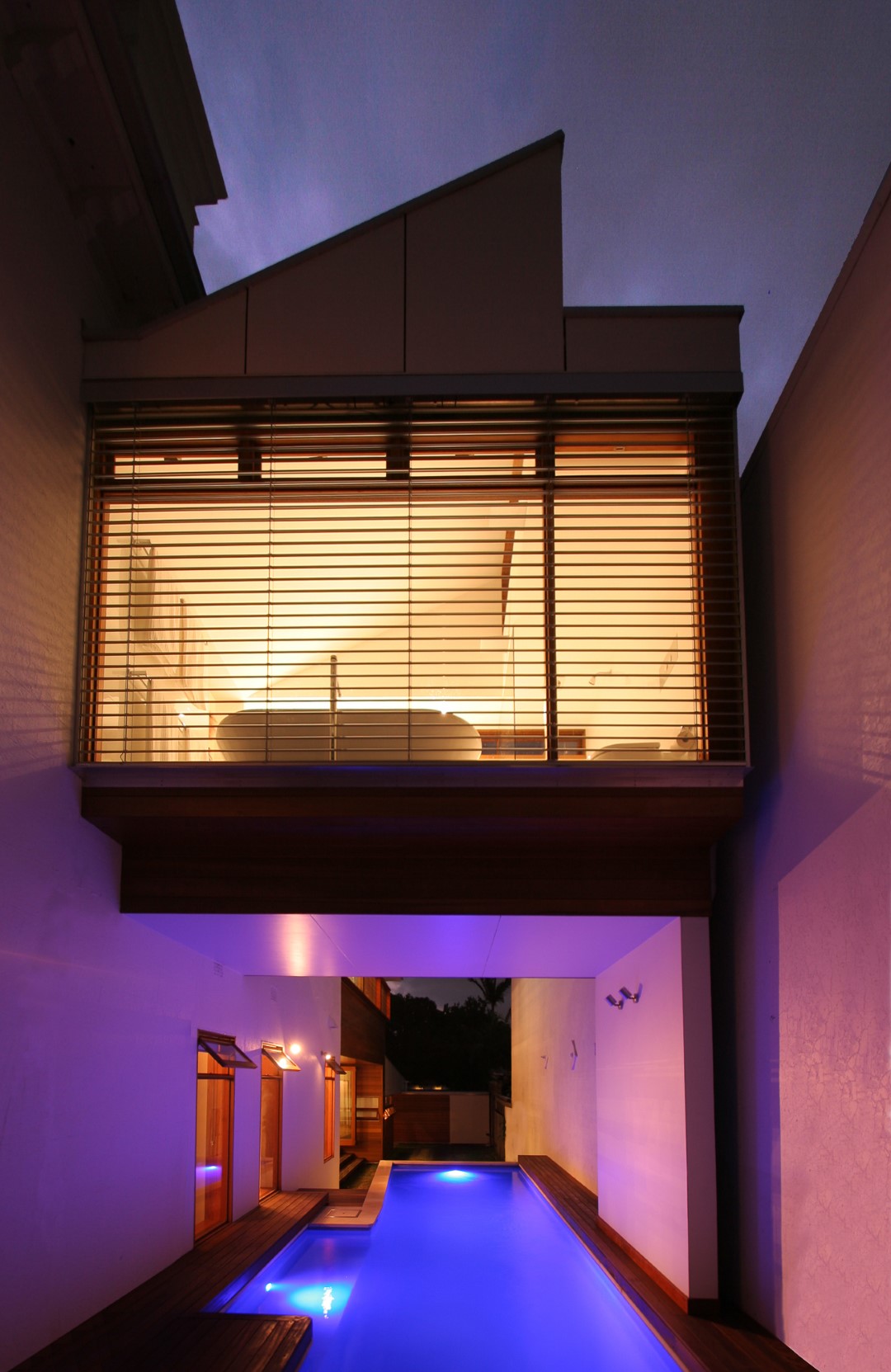 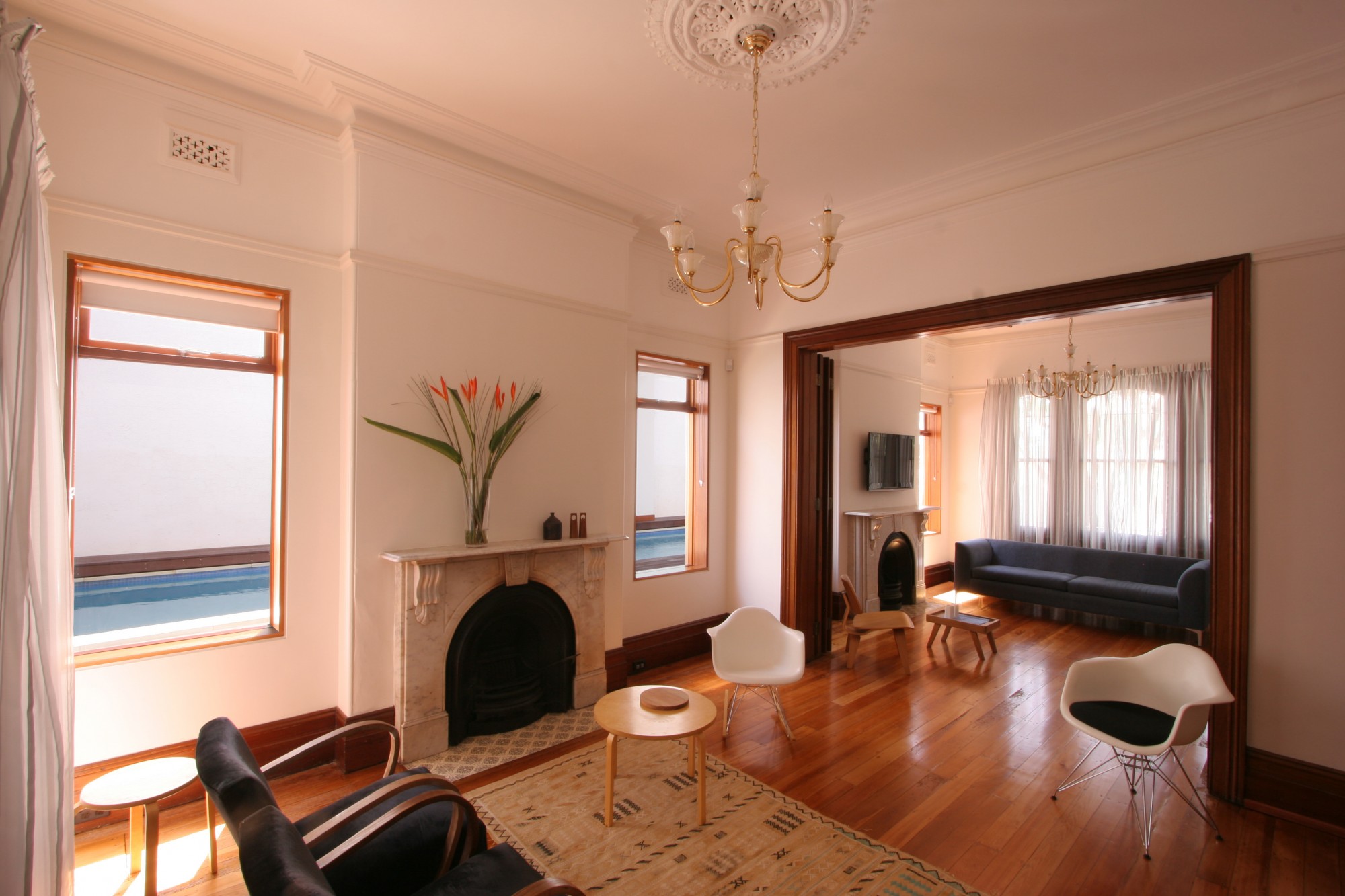 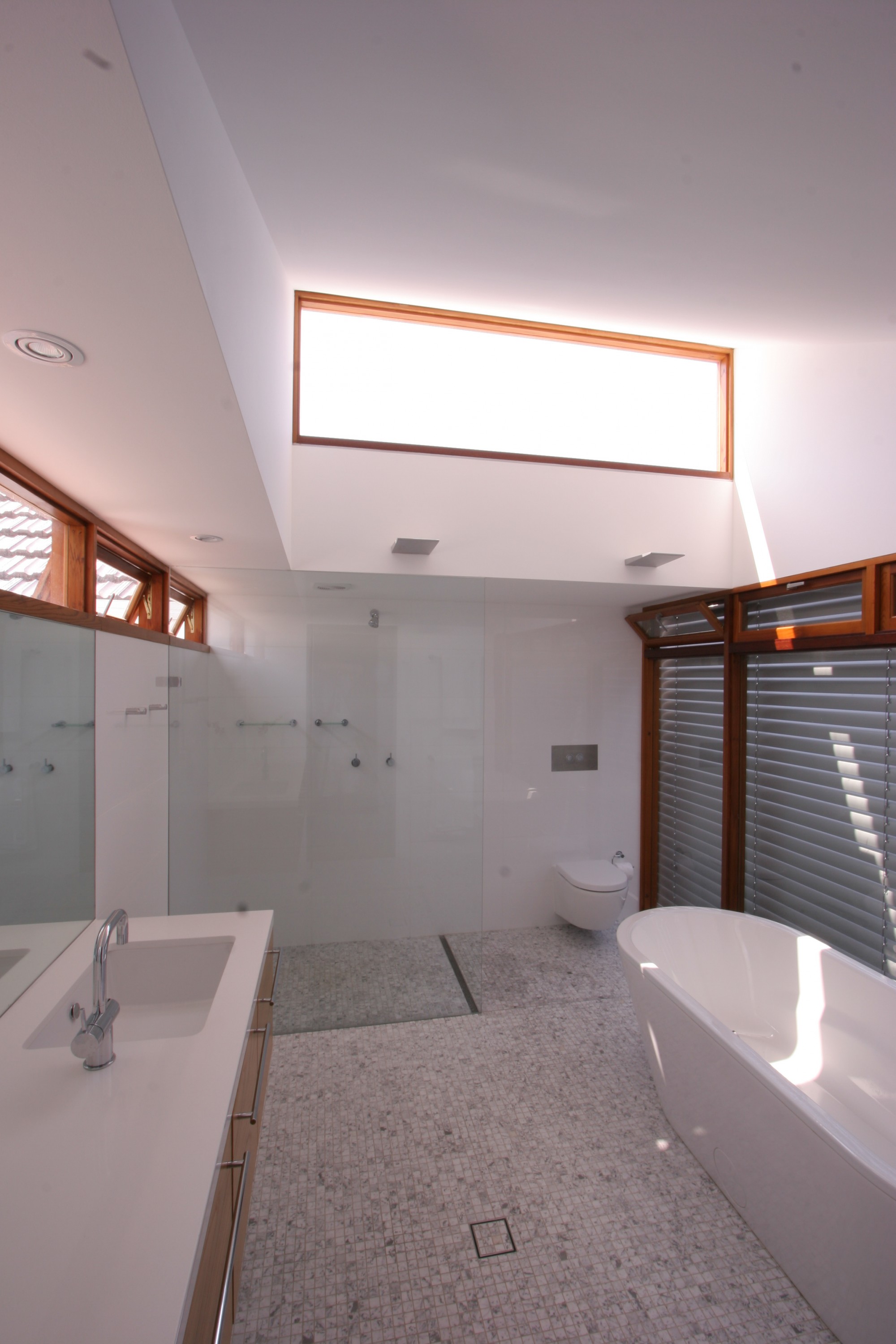 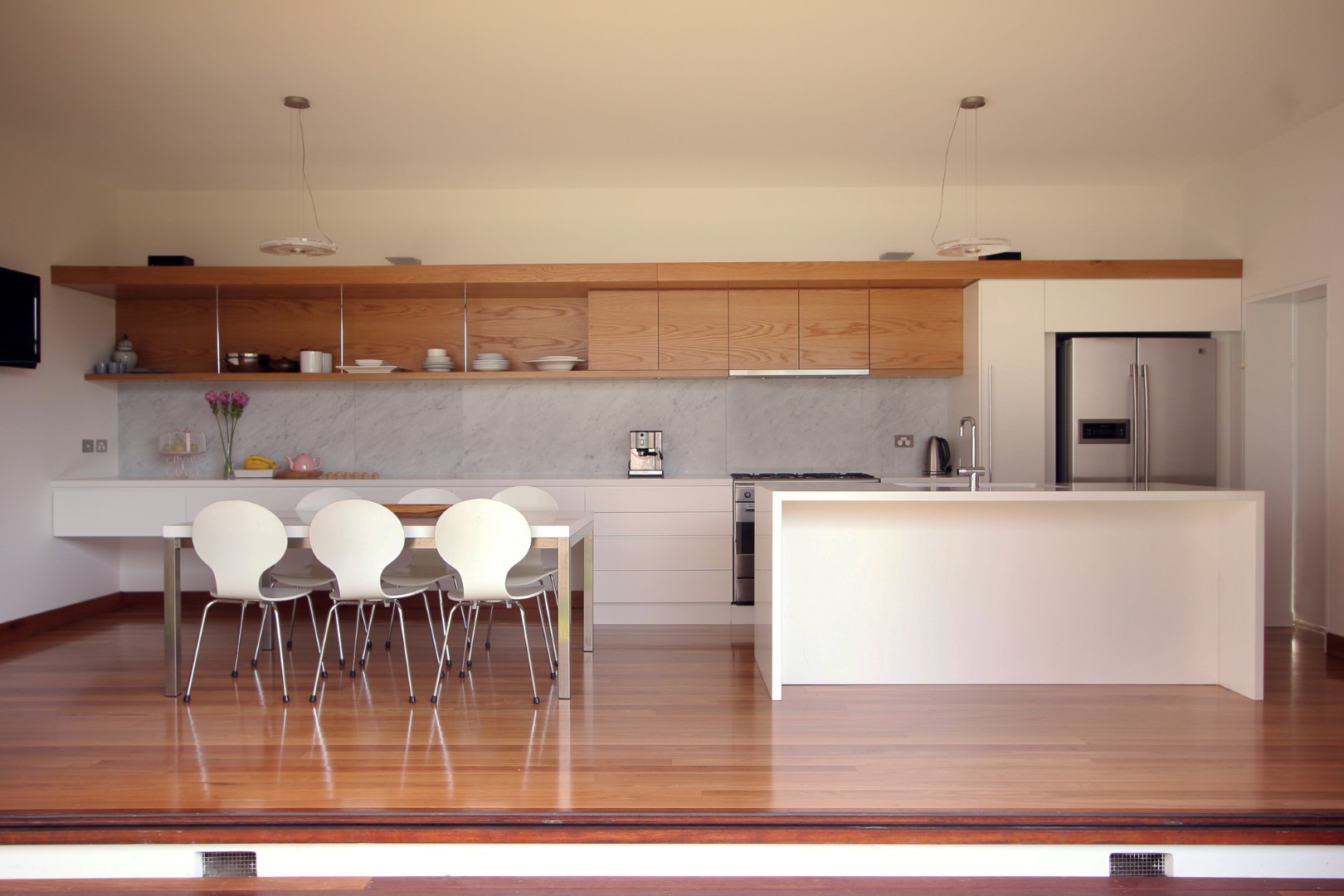 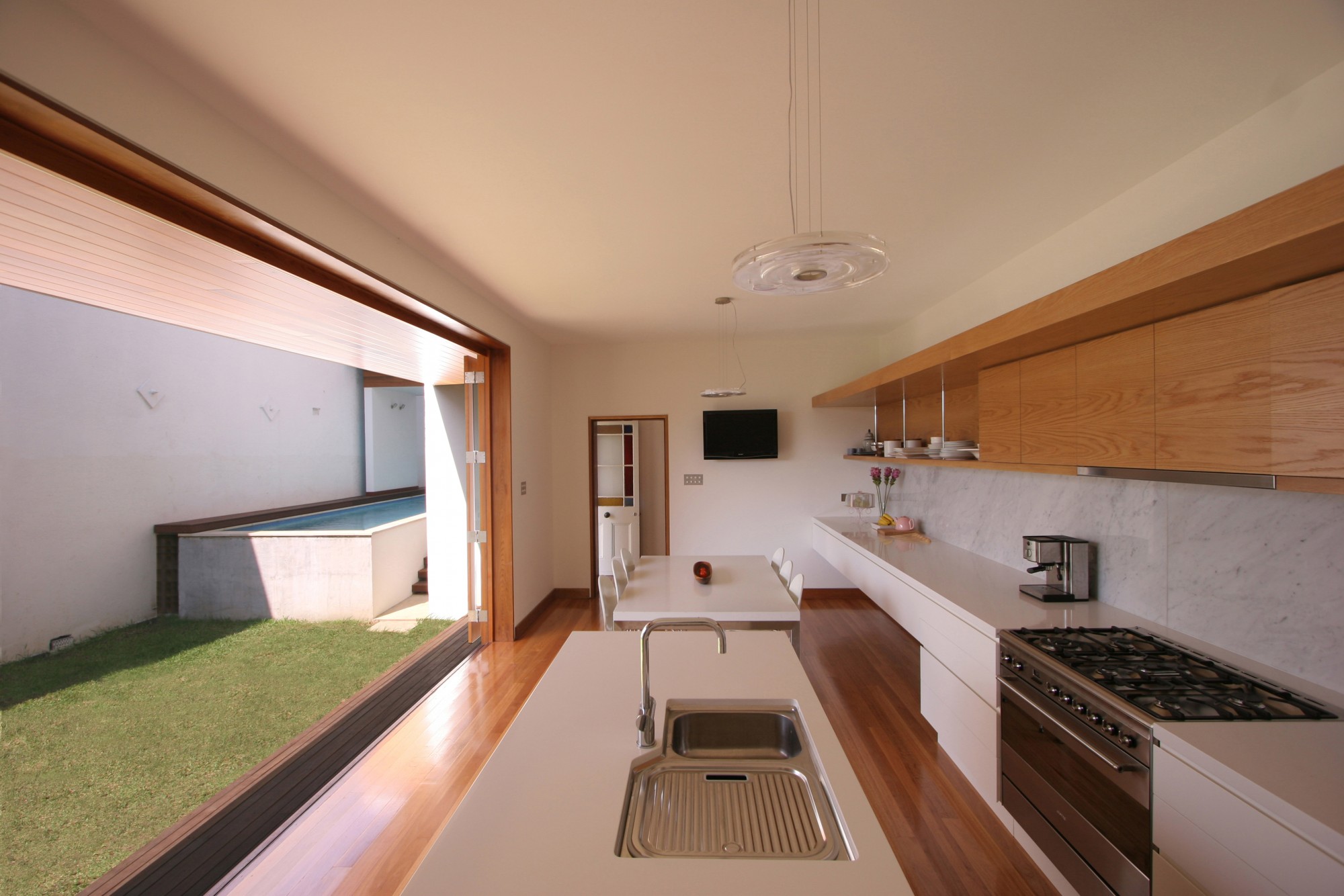 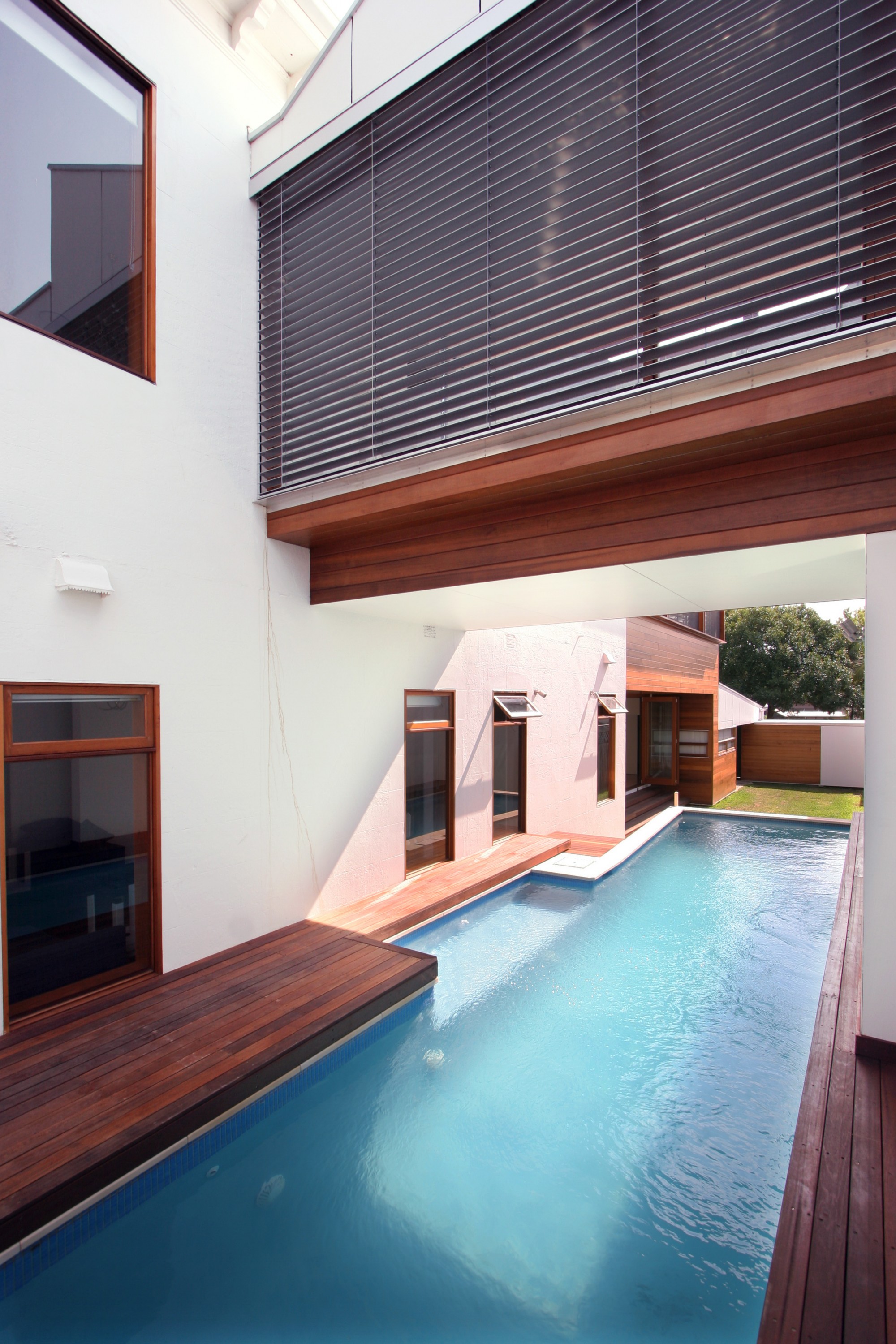 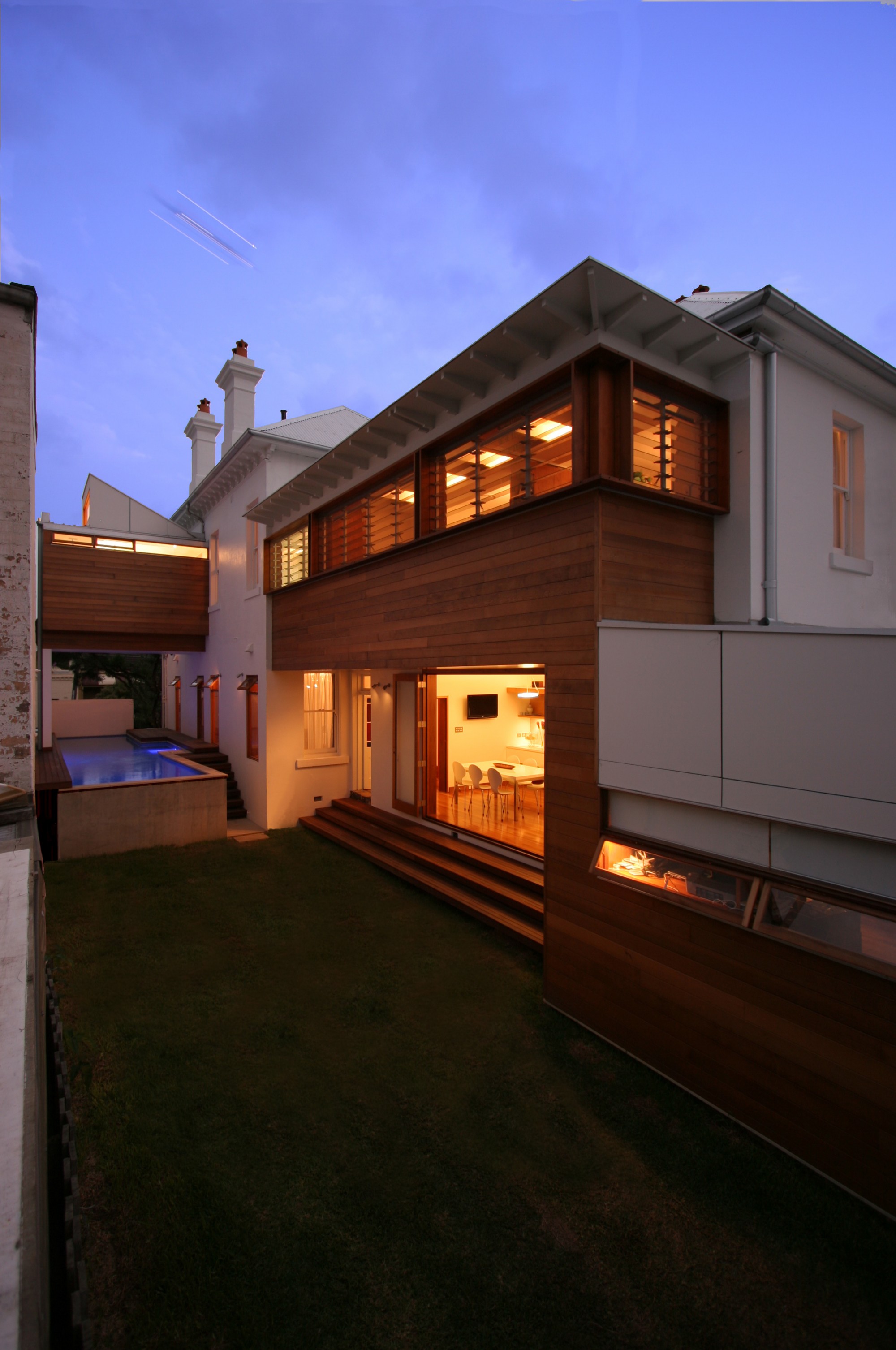 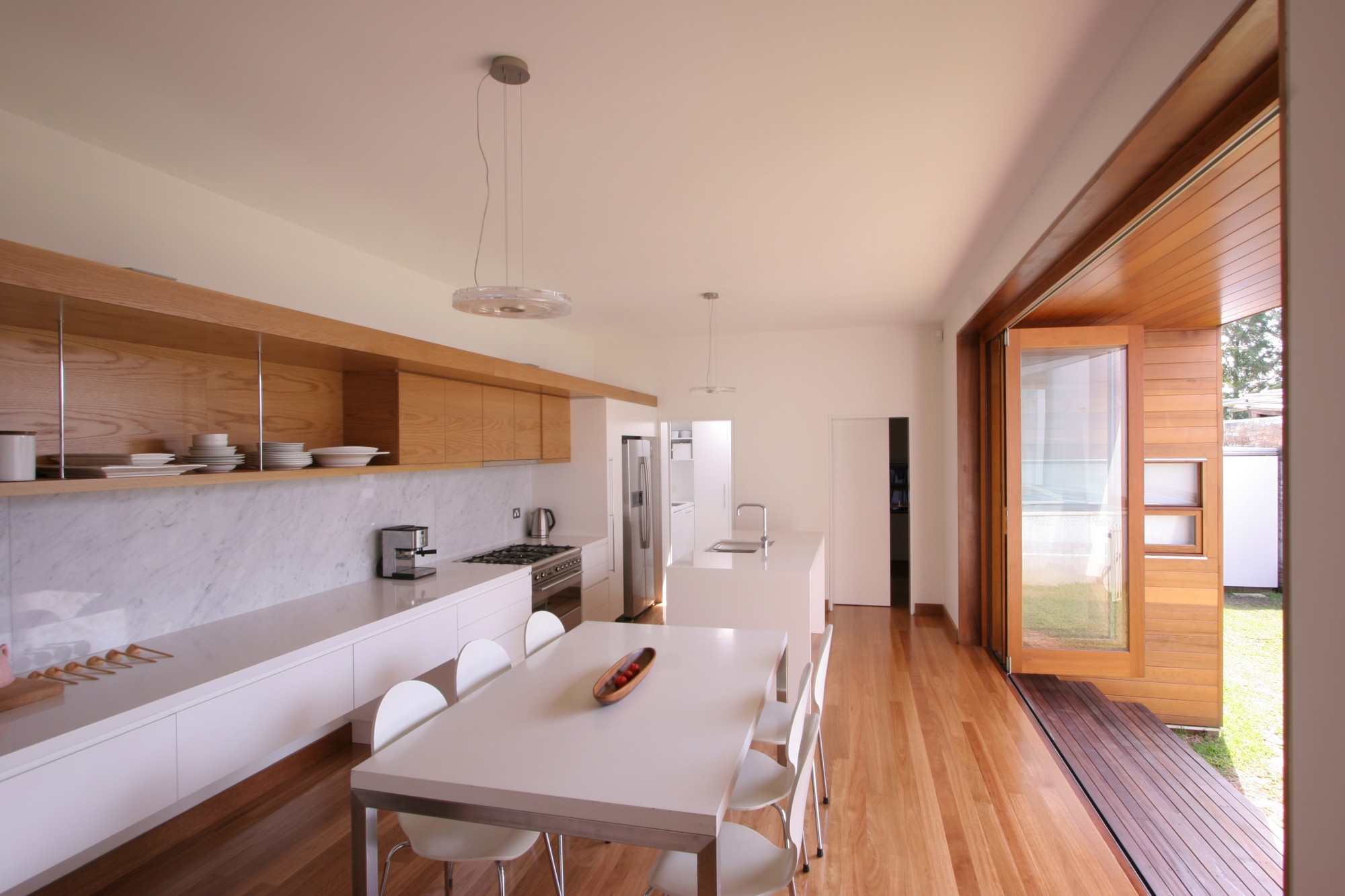 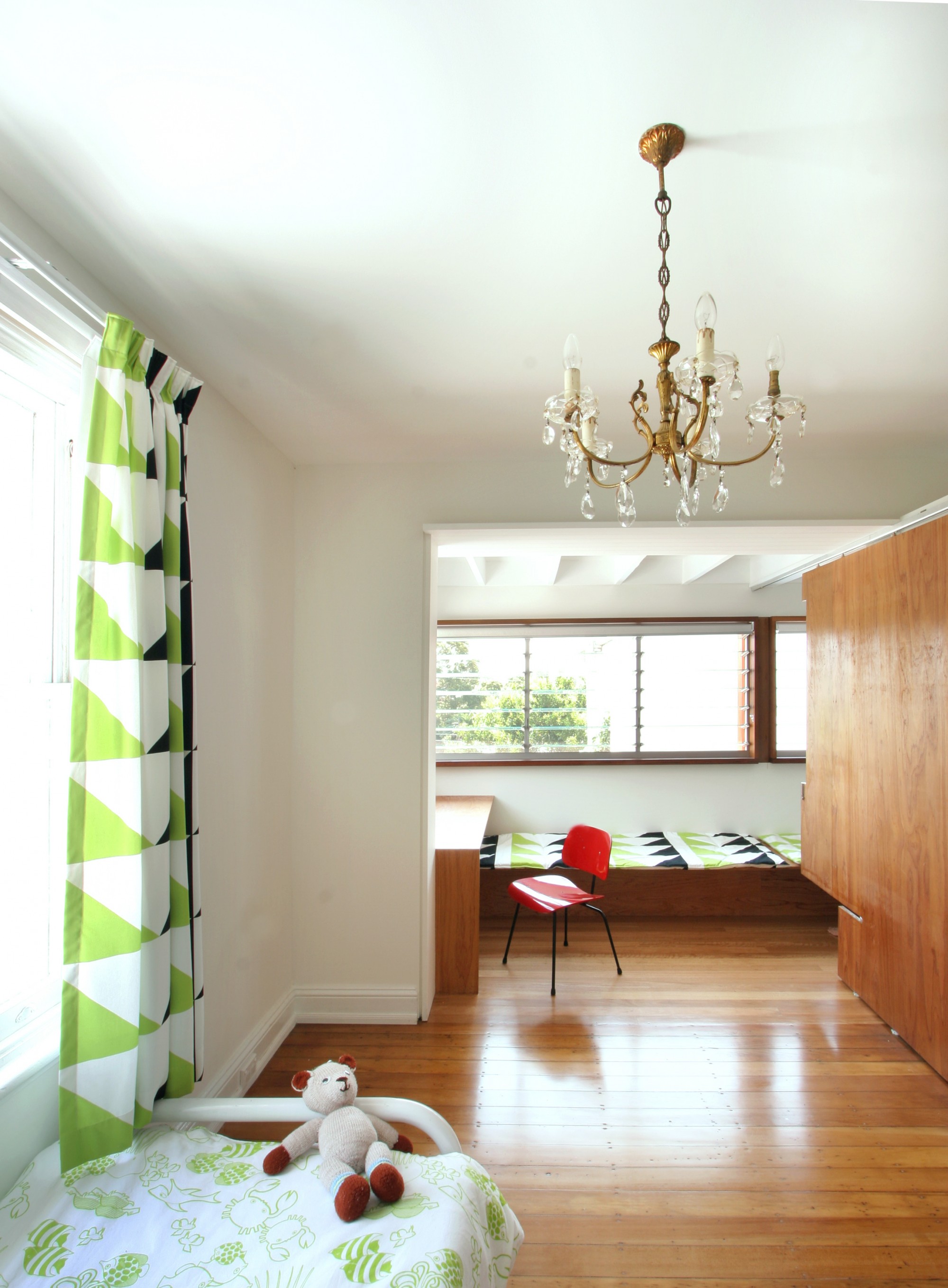 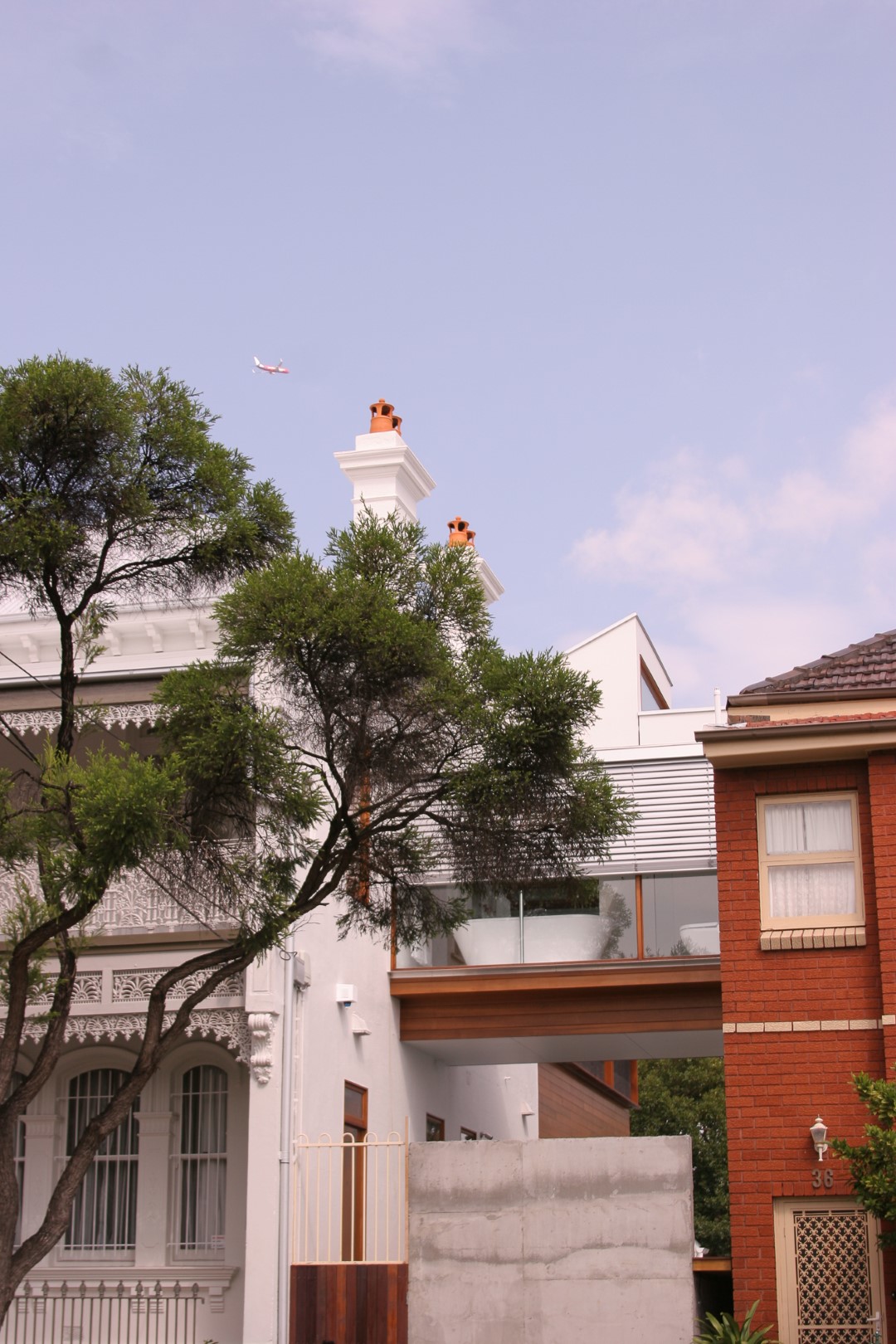 This project involved the alterations and additions to a 2 storey free standing Victorian terrace house in Stanmore. The site is unusual as it incorporates a 4 meter strip of land to the northern side of the terrace that could be utilised for the new work. The project involved repairs to the existing house and explores a contemporary infill to the “space between” and a courtyard space to the rear.

In an expressive extension to the upper level master bedroom, an ensuite spans over part of a lap pool constructed in the vacant land between the house and the adjoining terrace. The ensuite partly bridges the streetscape and offers long distant views of the city from a large street facing picture window. New northern windows were added to the existing living room to allow additional light, ventilation and views of the pool.

A new “bay” is added to the rear of the dwelling that includes a kitchen and study on the ground level opening to a courtyard and an “enclosed verandah” extension to the 2 bedrooms and the main bathroom on the upper level.

The new work wraps around the courtyard framing views and creating a composition of architectural elements.

This project was shortlisted in the NSW AIA Architecture Awards in 2009, received a High Commendation in the Marrickville Medal for Conservation and Heritage from Marrickville Council 2011, was awarded in the ‘Your Bathroom Your Life’ competition by Reece plumbing and has been featured in Monument magazine.