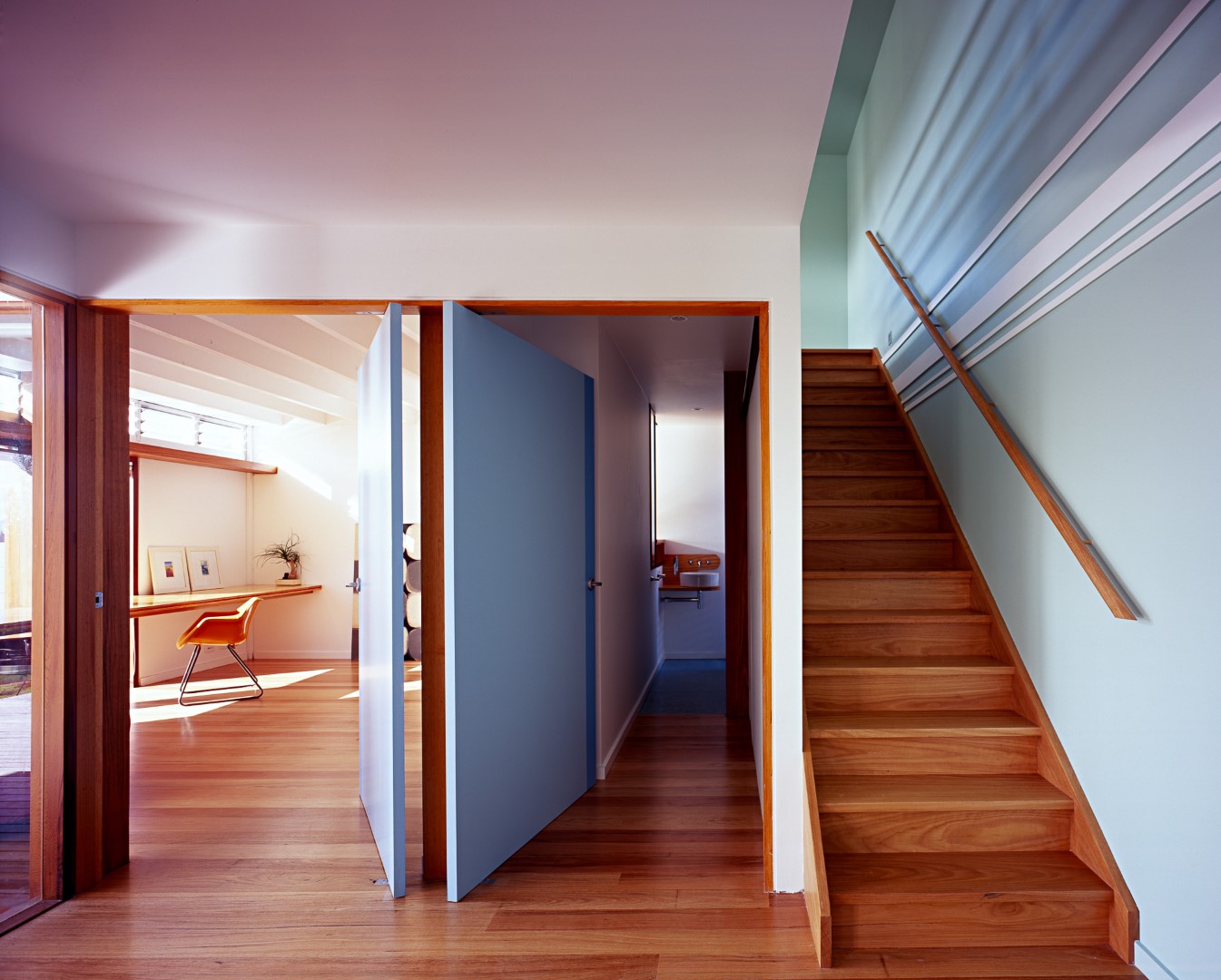 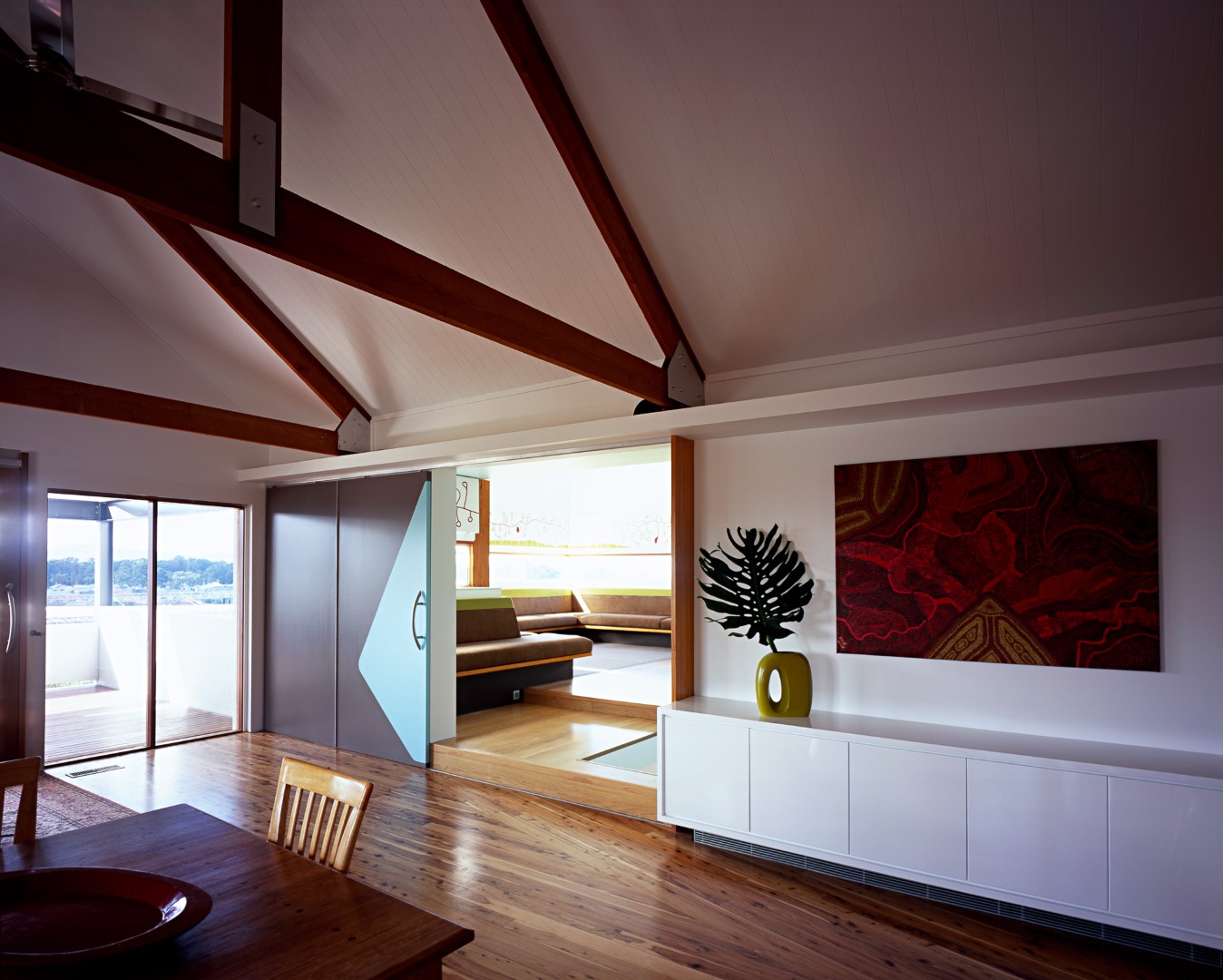 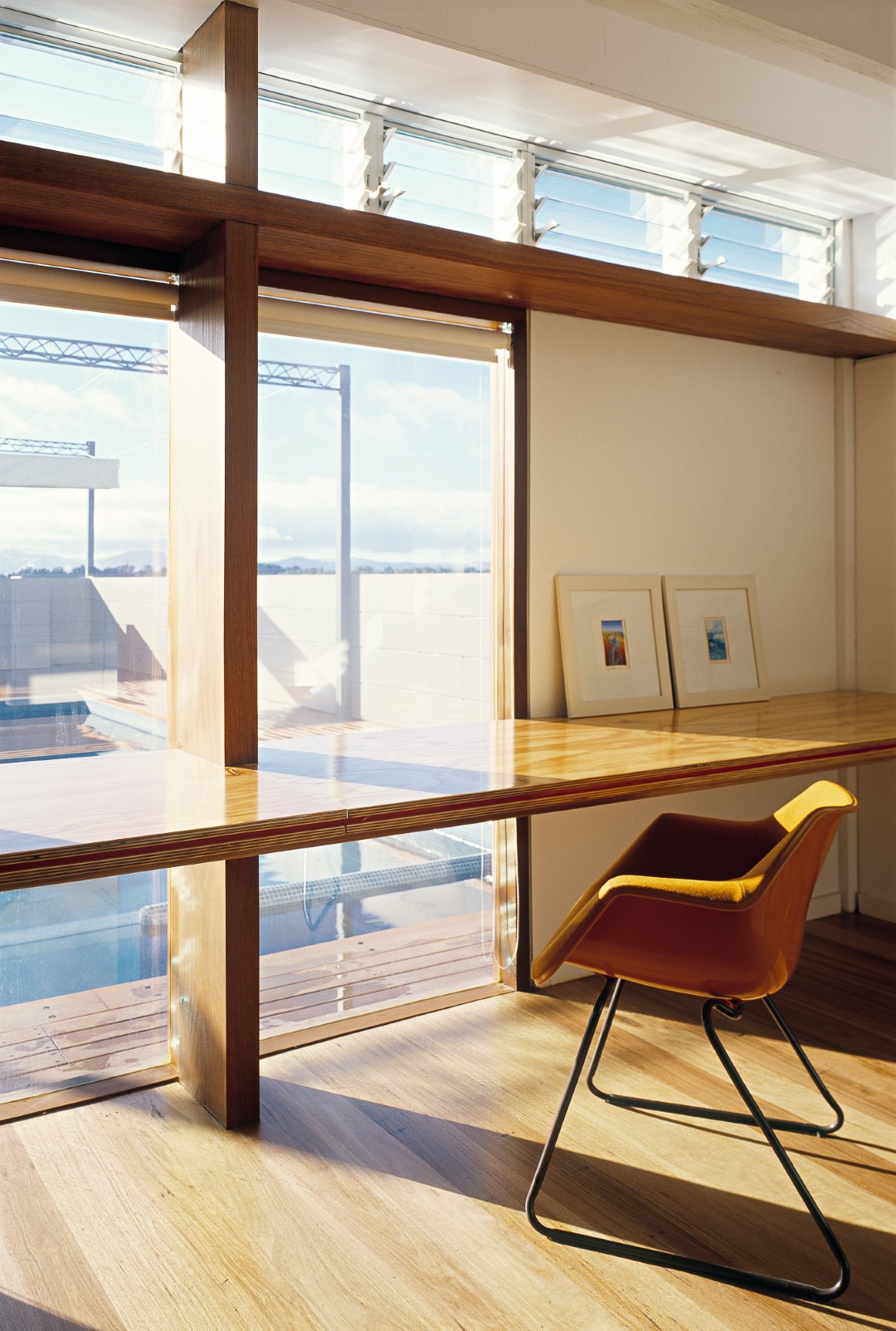 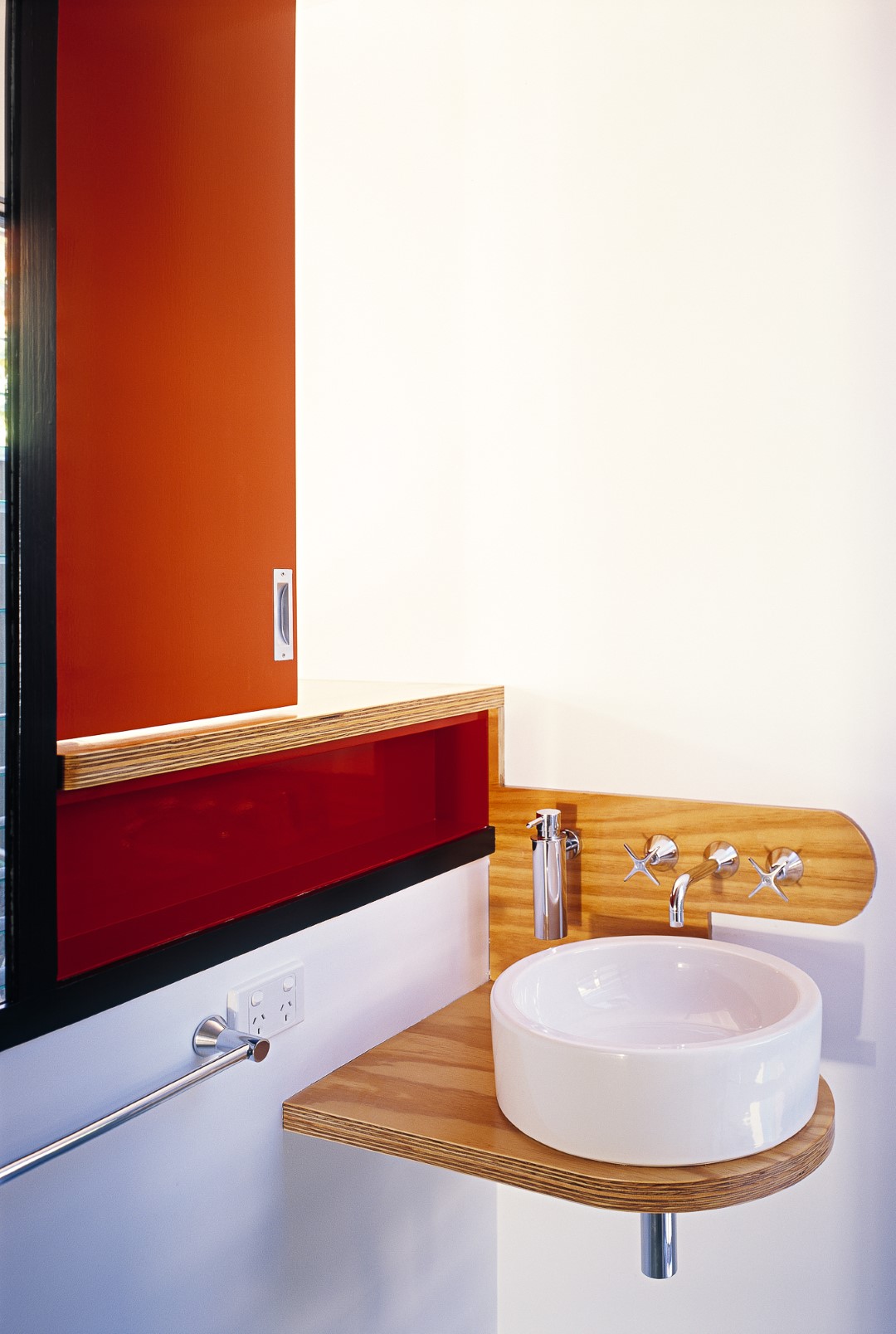 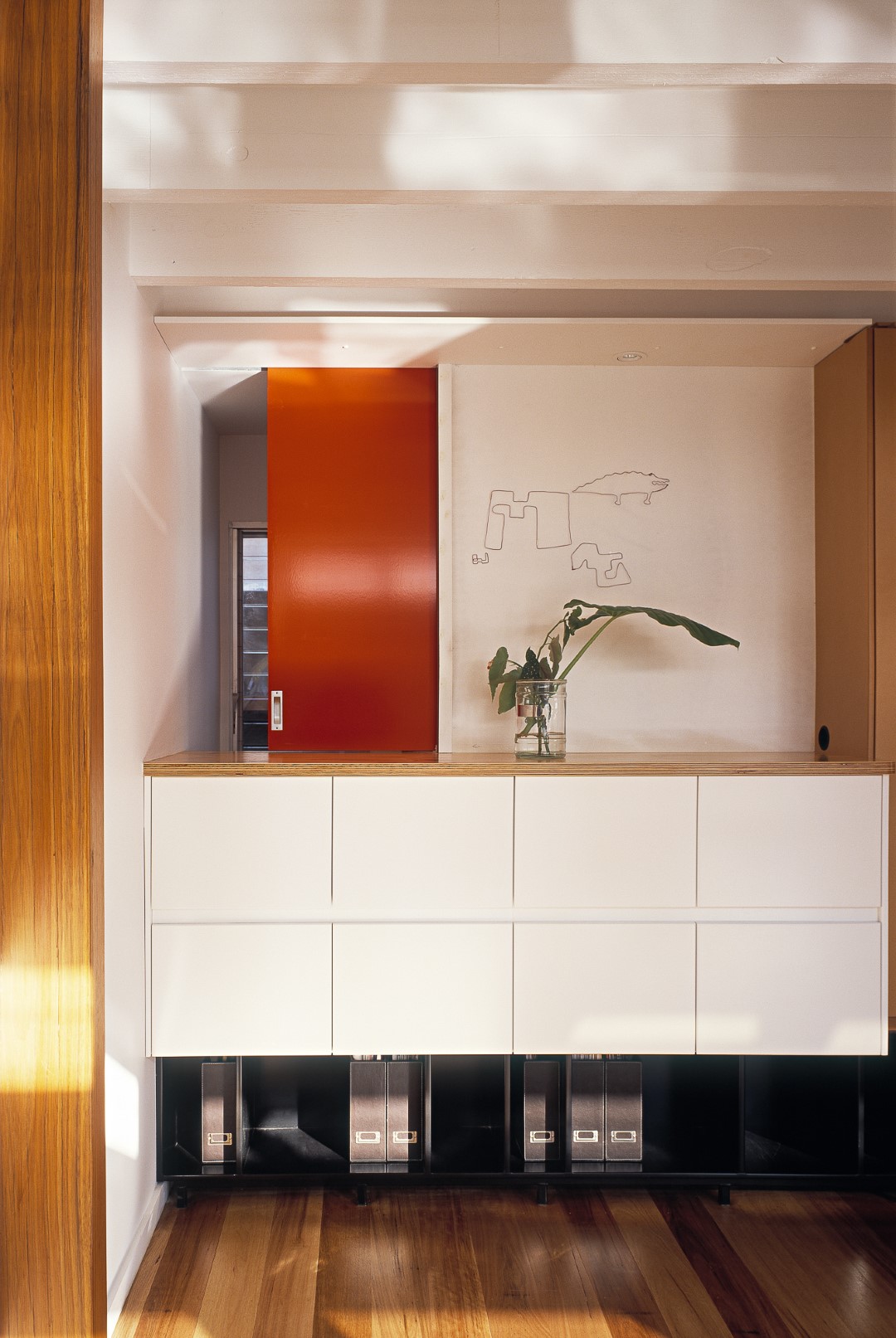 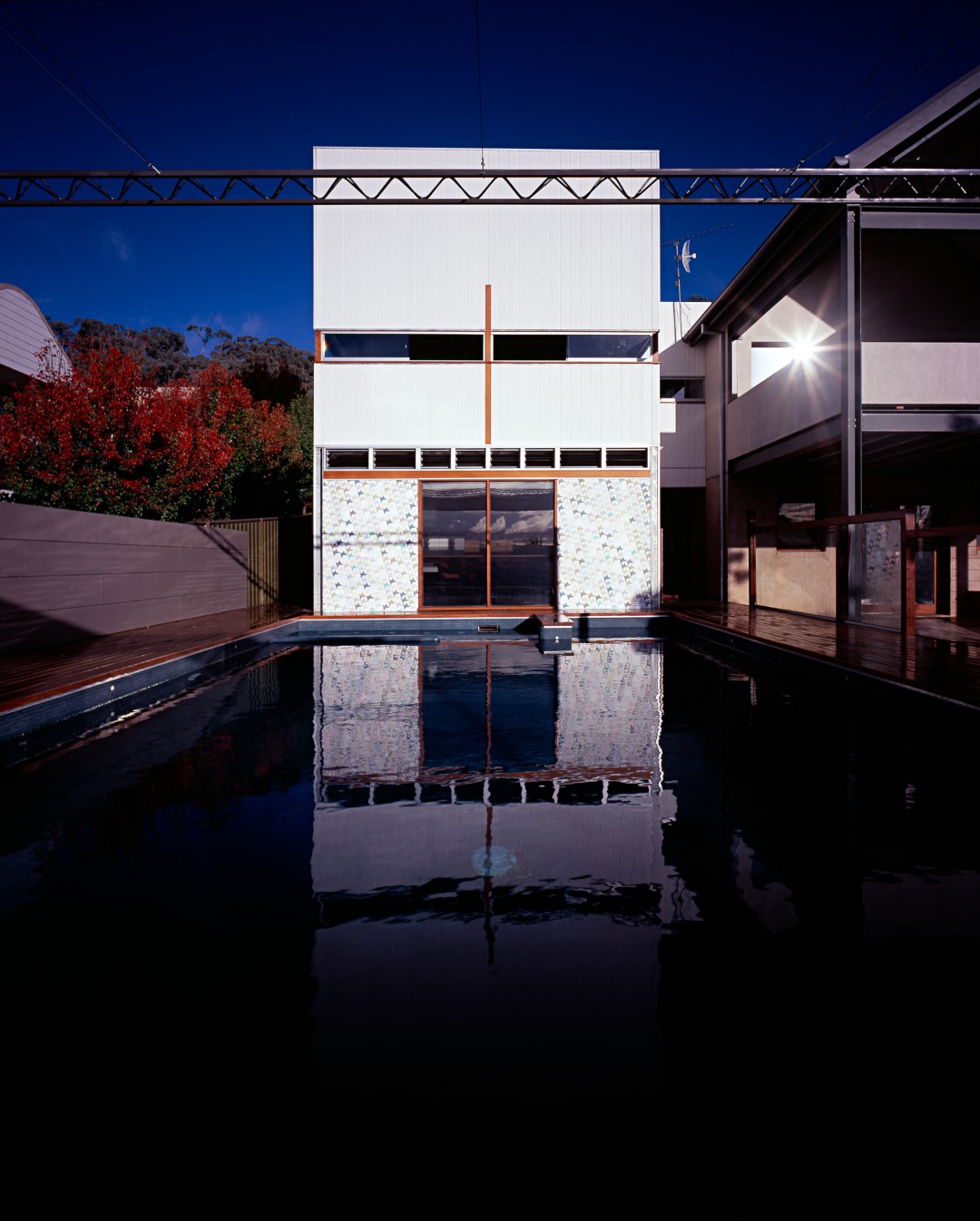 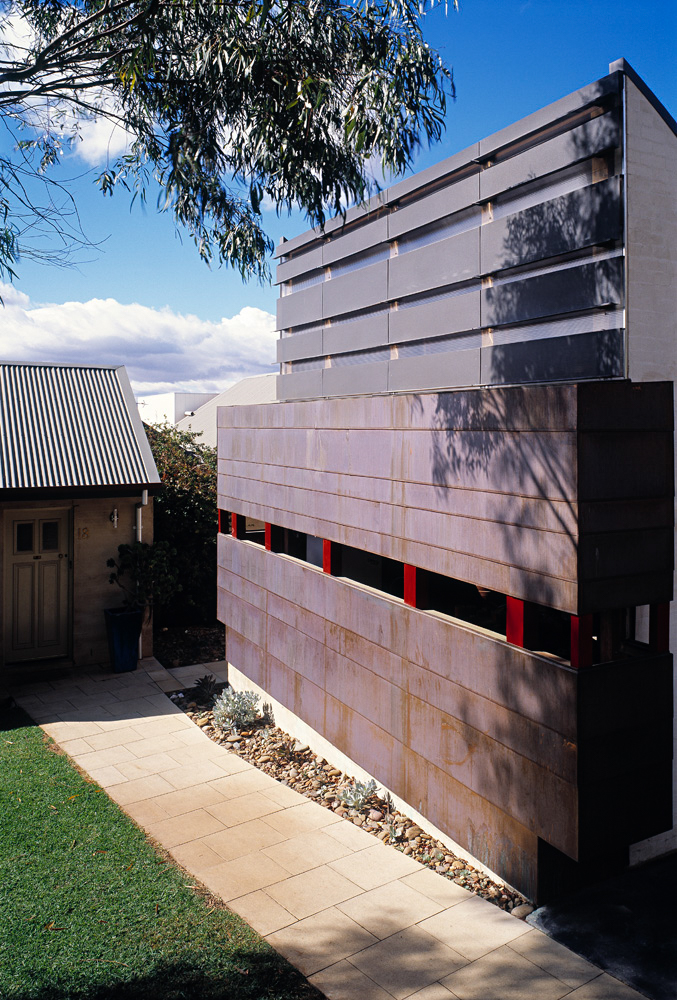 The project involved the construction of a new home in country NSW. The gently sloping site offered long distant eastern views to the hills of Alpine National Park framing the Murray River. The project has evolved over 15 years with the first stage being the construction of the main 3 bedroom dwelling designed over a series of pavilions stepping down the site towards the hills.

Subsequent construction included the detached garage and workshop structure that features a large copper wall along the entry path and the construction of a new two storey extension set against a pool. The main post and beam structure utilises recycled mountain ash timber salvaged from a local high school.

The TV room is accessed from the living space by a large sliding door and incorporates a 13m long built-in seat wrapping around 4 walls. A horizontal slit window has been set at a height that frames the view of the mountains. The window incorporates a series of painted shutters that hinge down from the wall to block out all light when required.

Downstairs the new office and bathroom is concealed behind a series of pivot doors. The office incorporates a cruciform timber structure with windows overlooking the pool. Ceiling joists have been left exposed and a hit and miss arrangement of lighting between the joists creates a pattern of light at night. The bathroom includes a sliding hatch to the office to afford cross ventilation between the spaces.

The main facade of the new structure creates a strong backdrop to the new pool. The facade incorporates a painted mural by the architect that flanks the central window to the office.